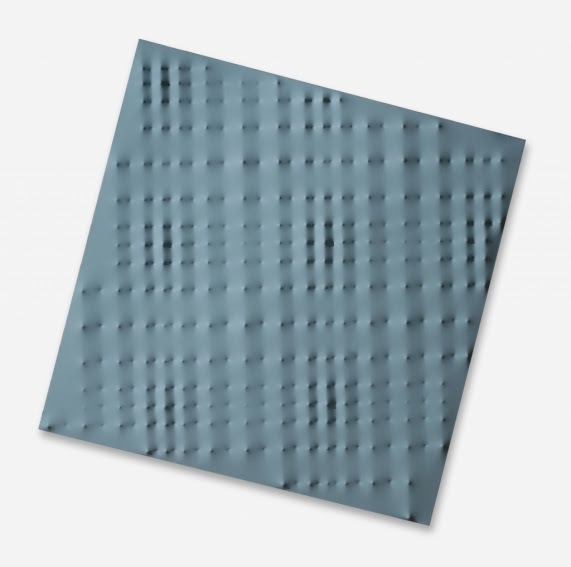 “The Italian art scene of the 1960s was both very active and well informed of foreign developments. Jasper Johns and Robert Rauschenberg had exhibitions in Italy as early as 1958, and some of their artworks were reproduced in the first issue of Azimuth, the review launched by Enrico Castellani and Piero Manzoni in 1959. Yves Klein, John Cage and Pierre Restany were present in Milan at the time, weighing in on the debate on Informalism, a defining issue of 1950s modernism. The discussion was imbued with an end-of-art atmosphere, indissociable from a discourse of renunciation and radicality: ancient art has ceased to exist and art must start over again for it to cease existing.

The artists present in the exhibition-manifesto Pittura Oggetto are all heirs to Lucio Fontana’s cut canvas. Through his gesture the work becomes an object, an installation; it takes into account the void (notably in Dadamaino), space, light, the venue and the spectator’s physical experience. Castellani retains the use of the canvas but uses nails to play with its elasticity. For his part, Bonalumi uses arches to distort the frame, giving the surface an architectural quality.

For these artists it is no longer a question of situating oneself in space, but of structuring space so as to render it perceptible and to experience it personally. These surface experiments as elements of the composition no longer belong to the field of either painting or sculpture. ‘Since they cannot acquire architecture’s monumentality, they are the reflection of that total inner space stripped of contradictions to which we aspire’ (Enrico Castellani, in the review Zero no. 3, 1961).

In order to reach a treatment of time analogous to that of space, they all developed a repetitive system based on the use of monochromy.

In an essay from 1960 on these ‘achromes’ and entitled ‘Libera dimensione’, Manzoni gives voice to the Italian formulation of Frank Stella’s literalism ‘What you see is what you see’: ‘Una superficie bianca che è una superficie bianca e basta’. For all these artists it was a matter of pursuing their shared objective, namely, turning attention away from the ‘artist’ and his ‘masterpiece’ and promoting instead the increased solicitation of the spectator.”