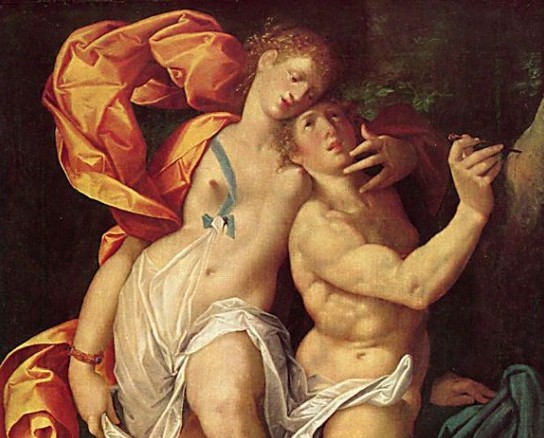 Later heading north, he reached Vienna, where he was appointed court painter by the Holy Roman Emperor Maximilian II, and when that was cut short by the Emperor’s death in 1576, Spranger went to Prague, where he became the court artist for another Holy Roman Emperor, Rudolph II. This was where he really became established. His Italian Mannerism style of painting figures had a great influence in the North, generating a style of Northern Mannerism.

The Met’s is the first major exhibition of Spranger’s works, which include many of his rare paintings, drawings, and etchings, most of which are on loan from international museums and private collections. The exhibition will also include a kunstkammer, which is a chamber of wonders specially created for the exhibition. It was a tradition for Rudolph II to display his paintings (which included many of Spranger’s) along with other rare and beautiful curiosities; “stuffed birds, musical instruments, and skeletons.” Works of other artists who were influenced by Spranger will also be shown. So this will be a multidimensional exhibition, looking at how the art is produced, how it is displayed, and the effect if has on other artists.