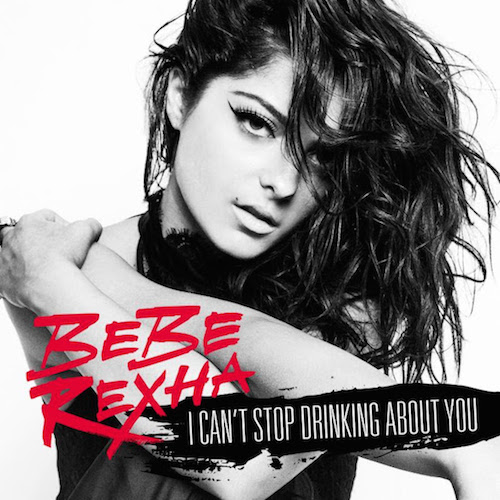 Albanian-American pop singer/songwriter Bebe Rexha–known for penning smash hits like Eminem and Rihanna‘s “Monster” and Cash Cash‘s “Take Me Home”–is finally ready to step out as a solo performer with her upcoming debut on Warner Bros. Records.  With an album currently in the works, the 24-year old released her debut single “I Can’t Stop Drinking About You” earlier this year after a bad break-up.  Autobiographical and much darker from her pop peers, “I Can’t Stop Drinking About You” is about wanting to escape the reality of a broken heart. Following her performance at this year’s Lollapalooza, she’s released a new music video for the song, which features a distraught Rexha lounging around a desolate home with many glass bottles.  Rexha’s ode to a scorned love was shot in Los Angeles’ Echo Park at the former home of the #2 suspect of the Black Dahlia Murder, Fred Sexton.  Influenced by the films Girl Interrupted and Melancholia, the video was directed by Michael Mihail, the same mastermind behind Kendrick Lamar‘s cinematic “Bitch Don’t Kill My Vibe.”

The former lead singer of Pete Wentz‘ band Black Cards, Rexha has also been listed as one of Billboard’s “Buzzing, Breaking, Blowing Up” acts.  See the video for “I Can’t Stop Drinking About You” below: