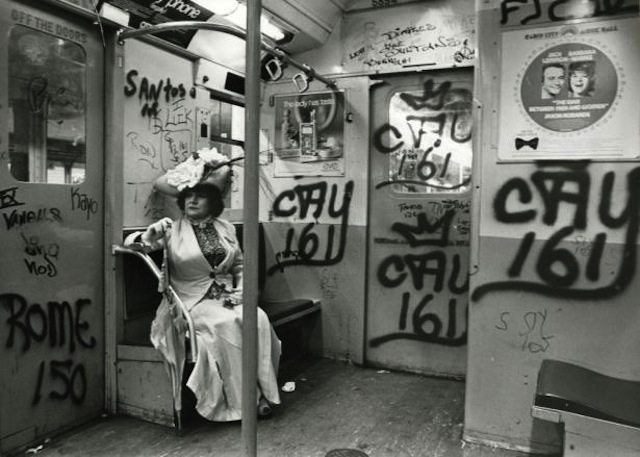 In 1968, photographer Bill Cunningham began an eight-year project meant to document the architectural riches and fashion history of New York City. After scouring the city’s thrift stores, auction houses, and street fairs for vintage clothing, Cunningham generated a photographic essay entitled ‘Façades’, which paired models in period costumes with historic settings all around the city. The project, although bold in itself, was also part of a larger cultural zeitgeist in New York City. The photographer donated 88 prints from the series to the New York Historical Society in 1976, and now, after four decades, Cunningham’s work will be seen again in a show that will highlight the historical perspective that the photos capture – not just of the distant past, but of the particular time in which they were created.

If you’re not familiar with Bill Cunningham, check out the trailer for his documentary (below):