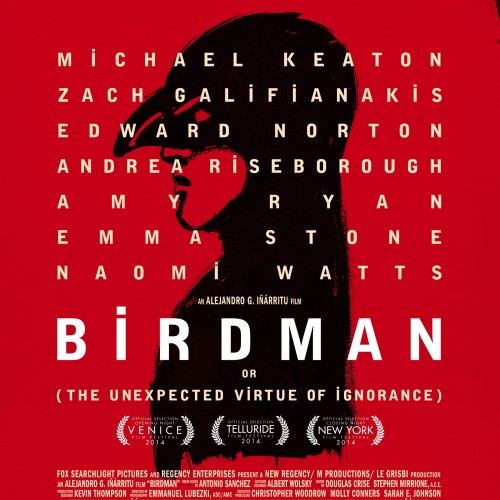 Since its premiere at the 71st Venice International Film Festival and theatrical release on October 17, 2014, Alejandro G. Iñárritu’s Birdman has received numerous accolades and widespread critical acclaim, including multiple Oscar nods, not only for its ensemble cast, which includes Michael Keaton, Zach Galifianakis, Edward Norton, Andrea Riseborough, Amy Ryan, Emma Stone and Naomi Watts, but its very distinct visual style, which is meant to give the viewer the impression that most of the film is one long continuous take.

However, it is a very complex film to say the least, and its final scene may leave many audience members perplexed. It is certainly the type of movie you need to see twice, perhaps even three or four times to catch everything you may have missed during the first viewing, which could help you to draw multiple conclusions as to what the puzzling ending may signify.

Birdman tells the story of Riggan Thompson (Keaton), a washed up Hollywood actor best known for playing the fictional superhero, Birdman, decades earlier. In an attempt to reinvent his failing career, Riggan decides to write, direct and star in a Broadway adaptation of Raymond Carver’s short story “What We Talk About When We Talk About Love.” 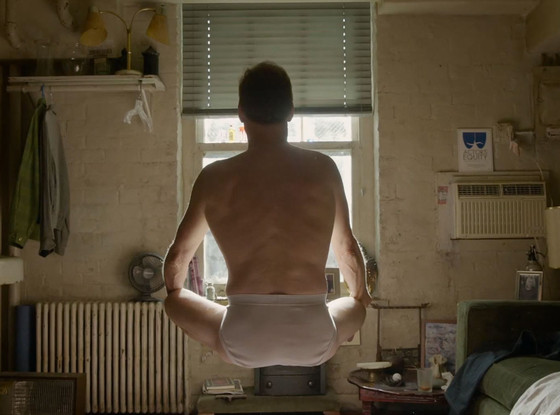 The play is produced by Riggan’s best friend and lawyer Jake (Galifianakis), and also stars Riggan’s girlfriend Laura (Riseborough), and first-time Broadway actress Lesley (Watts). After Riggan shadily removes one of his male cast members, whose performance he is unhappy with, Lesley’s boyfriend Mike (Norton), a volatile method actor, is brought in to fill the empty role.

Aside from a strained relationship with his daughter Sam (Stone), a recovering drug user who acts as his assistant, Riggan is also tormented by the voice of Birdman, who serves as his alter ego, or as Freud would call his “id.”

As the already troubled production continues to run into more problems, such as rocky previews and a harsh theatre critic (Lindsay Duncan) who wishes to sabotage the play, we begin to seriously doubt the main character’s sanity.

Beginning with the opening shot, and throughout the rest of the film, we see Riggan performing acts of levitation and telekinesis. However, this is only when he is in seclusion. In one scene, during a fit of rage, Riggan uses what we believe to be these unexplainable abilities to trash his dressing room. But when his privacy is interrupted, the practicality of these powers comes into question.

It is important to note that Riggan is obsessed with his own death, particularly suicide. The morning of the show’s premiere, Riggan ends up on the streets, hungover from the night before. After a vivid hallucination pertaining to the world of the character he is famous for playing, Riggan finds himself on a rooftop looking down. His intentions seem obvious, but a Good Samaritan intervenes and convinces him otherwise.

Riggan then proceeds to “fly” to the theatre where his future hangs in the balance. It is also here that we get a deep look into the psyche of a character torn between fame and artistic intent, a common theme throughout the film.

But upon his arrival, which appears to have been by flight, the oblivious Riggan is then chased by a frustrated cabbie that insists he didn’t pay his fair. This only reinforces the notion that Riggan’s superhuman abilities must be a figment of his imagination.

Before the final scene on opening night, Riggan tells his ex-wife (Ryan) that he attempted suicide in the past by trying to drown himself in the ocean, but was stopped by a swarm of jellyfish, and suffers from a nightmare where he is killed in a plane crash. But in the dream his death is overshadowed George Clooney’s death, as he just so happened to be on the same plane as our main character. 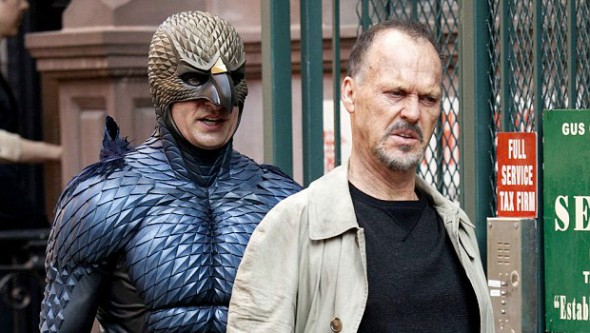 Still, the most obvious example of Riggan’s obsession is the fact his character commits suicide by shooting himself in the head at the conclusion of the play. As opposed to the rehearsals and previews, where a prop gun is used, Riggan uses a real gun during the opening night finale, and in turn, gains artistic fame for what the media dubs “super-realism.”

After being hospitalized, Riggan find himself all alone in his room, prime conditions for a break with reality. During a trip to the bathroom to check his wounds, Riggan sees Birdman humorously sitting on the toilet. He then finds his way to the window, which appears to be more than a few stories up, and climbs out on the ledge. It is at this point his daughter visits him. After not seeing him in bed, she first checks the bathroom, and then nervously makes her way to the open window. After she looks down, she then looks up and mysteriously smiles.

Now, as Sam sticks her head out the window, the skies overcast creates somewhat of a blue tint. The color blue is very important to the film, as it is used to specify something isn’t real, such as the play’s dream sequence and Birdman’s costume.

So, could it be that Riggan is either simply in the bathroom or actually dead on the sidewalk below when his daughter comes to see him; and like her father she chooses to imagine her own reality? Or is Sam really seeing Riggan soaring through the sky in all his glory? He is Birdman after all. 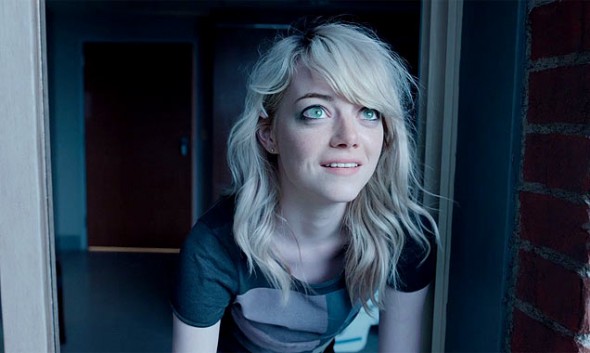 HIGHLIGHTS FROM THE 2015 SAG AWARDS