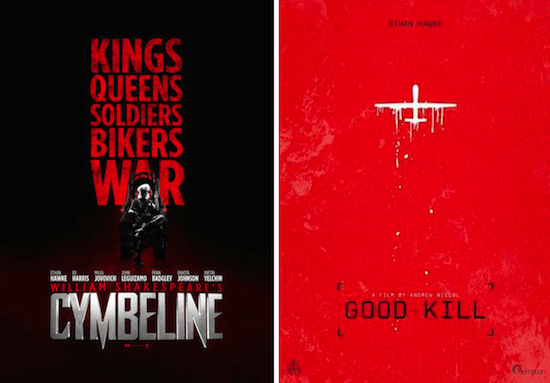 This has been a fantastic year for Ethan Hawke, especially with the success of Richard Linklater’s twelve year labour of love Boyhood. I met the actor, who made us fall in love with Before Sunrise, Before Sunset, Before Midnight, at the 71st Venice Film Festival.

When I asked him what inspires him in the projects he engages with, he told me: “All I ever do my whole life is just to keep doing the same thing from one to the next. Sometimes in the life of an actor, what you do intersects with what people want you to be doing and sometimes it’s positive, sometimes you irritate them, sometimes the feedback is apathy. I remember when Peter O’Toole died last year and he had a great quote about a long life in the arts, and the ups and downs of it, and I simply keep trying to work with people I admire and be a part of telling stories of our time and generation. I find that really exciting.”

At the most ancient film festival in the world, Hawke presented two movies that portray his eclecticism. In the first, he’s a Shakespearean villain, who is the trigger of the drama. In the second, he’s a family man who begins to question the ethics of his job as a drone pilot. An antagonist in one, and a hero in the other, his magnetism pierces the screen either way.

In Cymbeline, Ethan Hawke plays the Iago-like trickster, Iachimo, who bets with Posthumus (Penn Badgley) about seducing his wife, Imogen (Dakota Johnson), then fakes the evidence by taking iPhone selfies with her intimate parts while she sleeps. Touches of Easy Rider and Sons of Anarchy are added to this contemporary Shakespearean adaptation since Imogen’s father, Cymbeline (Ed Harris), has been reinvented as the tough guy boss of the Briton Motorcycle Club, rather than an ineffectual king among Romans.

This flick reunites director Michael Almereyda with Hawke, more than a decade after their collaboration on Hamlet in 2000. Unlike other Shakespeare adaptations — Ian McKellan’s Richard III, Baz Luhrmann’s Romeo + Juliet, Joss Whedon’s Much Ado About Nothing – Cymbeline did not receive a warm response at the festival; the film was greeted with boos, whistles and walkouts.

A more glorious response from both critics and the public was Hawke’s second movie at the Venetian festival, Good Kill, which finds Hawke working with Andrew Niccol, another director he’s previously worked with. This quietly pulsating war drama criticizes the U.S. administration in handling drones and is constructed minutely by the director. As Hawke declares, “All of Andrew’s work is somehow related to the inner section of technology and spirit: where our humanity lives with the in slot of technology.”

The drama is set in a Spartan Las Vegas airbase where Major Thomas Egan (Hawke) wages war against the Taliban from the comfort of an air-conditioned cubicle. Egan likes war as a regular 9 to 5 job: when his day’s work is done he hops in his sports car and heads home to his military McMansion where his wife, Molly (January Jones), and two young children await. The distorted American heroism and domestic comforts of the American Dream, portray a dystopian lab-like experience, fit for a tactful ethics study.

Hawke’s preparation for the role was challenging to a certain extent, he explains: “I paid attention for the last 12 years or so to what has been going on in the world—in a way I prepared by reading about it in the newspapers. Ever since September 11th, all of this became such a hot issue. The wonderful thing about working with Andrew is that his preparation has been meticulous, and when I first read the script I was so grateful to him because I was reading about drones but I had no real image of what it was. So to have a story where you get to have somebody and see the consequences of their character, I found very interesting. You’re taking in someone who signed up to be a warrior and somehow turning them into an assassin, and the effect that has on their spirit. To prepare for the role, Andrew introduced me to drone pilots. It was wonderful to have access to them, they were around all the time. They showed us how to operate all the machinery.”

Hawke hopes Niccol’s film may enlighten society on the way terrorism has changed and can be carried out by using a remote button: “I have military people in my family, so I know a lot about PTSD (Post-Traumatic Syndrome Disorder) from other walks of life. For this character I thought the ethical crisis he goes through has never been shown before. I don’t think there’s a human being in the world who is desensitized to do something like this and not talk about it amongst themselves—how they process their feelings about it is different. The wonderful thing about being a filmmaker is to give a voice to these stories. It’s an honor and privilege to be able to do it. This generation is facing questions that no other did before. My grandfather was on a bomber flying over Germany during World War II and he never had to circle around it and study the damage they did. He would drop the bomb and fly back to London. This is a different warfare that breaks up different issues. The human aspect is what interests me. What the soldiers are thinking and feeling as they go through it and what we as a society are asking them to do, is interesting me.”

Hawke undoubtedly has it in his blood, not only to explore war experiences, but to be an intellectual, besides an artist. Lest we forget that the man who received a Tony Award, as well as Academy Award nominations, both as an actor and a writer, is the great-grand-nephew of Tennessee Williams on his father’s side; we can somehow figure where the multi-hyphenate gets his writing talent. Hawke has written three books: 1996’s The Hottest State; 2002’s Ash Wednesday; 2009’s The Last Outlaw Poet. It was somehow meant to be that his acting debut was in a film that celebrated literature and literates, 1989’s Dead Poet Society, alongside the recently grieved Robin Williams.

Hawke keeps a low profile and is always willing to learn new things, which is why he praises how Good Kill gave him the chance to get more acquainted with the military terms and strategies behind the drone politics: “Before this movie I had no real vocabulary for this world and working on a movie like this gives you a context of what is actually going on. Sometimes I feel that some of us don’t even want to think about it and the unfortunate truth is that’s it’s a very effective weapon that exists in the world now.”

This mentality goes hand-in-hand with his activism in social and political campaigns. Hawke is a long-time supporter of the Doe Fund, which helps homeless people obtain housing and employment; he has served as a co-chair of the New York Public Library’s Young Lions Committee, one of New York’s major philanthropic boards. And in 2001, Hawke co-founded the Young Lions Fiction Award, an annual prize for achievements in fiction writing by authors under age 35.

His political engagement rose during his second marriage in 2008 with Ryan Shawhughes, who had briefly worked as a nanny to his and Uma Thurman’s children.  The couple released a video in 2001 supporting same-sex marriage in New York and was a strong supporter of Barack Obama during his election campaign. Ethan has always had a profound pacifist approach to world conflicts: “In the history of war, decompression has always been a big issue. In the American Civil War one of the big problems was there were so many soldiers turning against themselves. It creates chaos in the mind. The character takes this Orwellian language we are being presented with all the time and is trying to make sense out of it. The question that arises is to what extent should we be the world police? This a very interesting topic that comes up in the movie. You can police the whole world from the sky, and to what extent do we want to open that box.”

This has been a very productive year for Ethan Hawke, 43, who will be in five movies that will be released in 2015: The Phenom, The Geography of Hope, Regression, Ten Thousand Saints, In a Valley of Silence. As if that weren’t enough, just before the Mostra Internazionale d’Arte Cinematografica, Hawke presented at another film festival in Telluride. His first documentary, Seymour: An Introduction, reveals his great passion for music. The film is a loving portrait of Seymour Bernstein, a concert pianist turned piano teacher, whom Hawke met at a dinner party a few years ago. The actor was impressed with the humility and wisdom that Bernstein conveyed. Thus, a film was born and IFC’s Sundance Selects – which is also the company behind Hawke’s indie hit, Boyhood – will distribute it.

Ethan Hawke, being a multifarious artist, is also a family man. He is father to Maya and Levon, whom he had with Uma Thurman, as well as Clementine Jane and Indiana, the daughters he had with Shawhughes.

One wonders how does he do it all so brilliantly?

Watch the trailer below for Cymbeline:

– By Chiara Spagnoli Gabardi for The Untitled Magazine