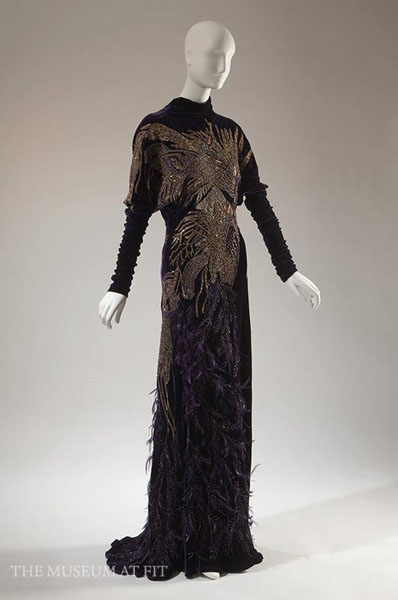 The Museum at the Fashion Institute of Technology in New York has just opened the second installment of their exhibit, Fashion A-Z: Highlights from the Collection of the Museum at FIT.  Much like Part One of the exhibit, originally titled The Great Designers, the show focuses on some of the biggest icons in European fashion, including Christian Dior, Miuccia Prada, and Coco Chanel. Part Two takes it a step further, however, including work from the great European designers, while also showcasing big American names such as Ralph Lauren, Calvin Klein, Hollywood costume designer Irene Lentz, and Norman Norell. Co-curated by Jennifer Farley and Colleen Hill, the exhibit features over sixty looks from the early 1900s right up to present day, with modern pieces including a Raf Simons for Jil Sander floor-length dress from Spring 2011 and a black chantilly lace ball gown by Olivier Theyskens for Rochas from Spring 2004.  Part Two of the exhibit puts on display some of the best pieces from the museum’s permanent collection, which actually consists of more than 50,000 garments and accessories, alongside incredibly rare items from fashion history, including a digitally printed silk chiffon dress from Alexander McQueen’s final runway show, Spring 2010’s Plato’s Atlantis. In fall 2012, a companion book to both parts of the exhibition will by published by TASCHEN books, and will feature color photographs of five hundred of the museum’s pieces alongside images from their exhibitions, as well as an essay on the history of fashion museums and exhibitions written by Dr. Valerie Steele, director and chief curator at The Museum at FIT. 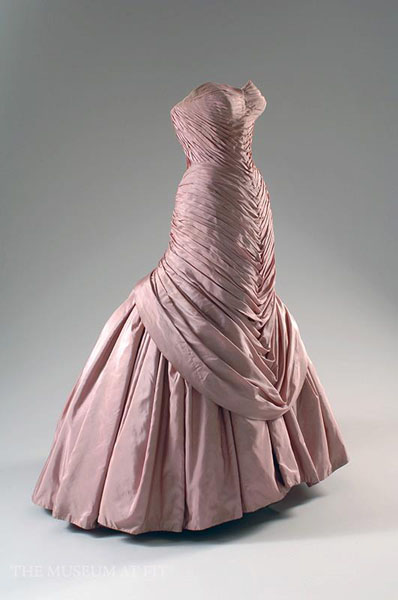