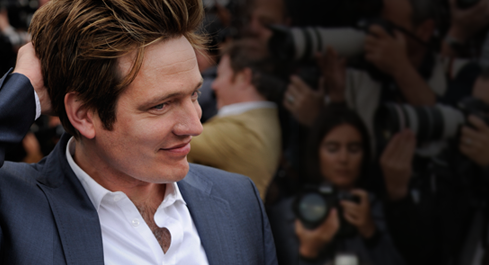 Before announcing the full Official Selection this Thursday 18 April, the Festival de Cannes has two announcements to make on Un Certain Regard: the President of the Jury and the Opening film.

Thomas Vinterberg, Danish director, scriptwriter and producer, will be this year’s President of the Jury for Un Certain Regard, Festival de Cannes Official Selection.
Born in Copenhagen in May 1969, Thomas Vinterberg received his training at the National Film School of Denmark, graduating in 1993 as the school’s youngest student.
His first short films Last Round (Sidste Omgang, 1993) and Drengen der gik baglæns (Le garçon qui marchait à reculons, 1995) won awards at a number of festivals.

In 1995, he partnered with Lars Von Trier and other artists to create Dogme95, a cinematographic movement that aimed to return to formal austerity in film making.
In 1998, when he was discovered by the public at large with his feature film The Celebration (Festen), he received the Festival de Cannes Jury Prize from the President of the Jury, Martin Scorsese. One year later, he returned to the Croisette to preside over the Short Film Jury.
In 2012, for the 65th edition of the Festival, he presented Jagten (The Hunt), which created a stir and for which lead actor Mads Mikkelsen won the Best Actor Award.

Considered as a young prodigy by the profession as a whole, the artistic range of Thomas Vinterberg is not limited only to film. He also made the video clip of the song “The Day That Never Comes” from the album Death Magnetic by the group Metallica.

He will succeed Tim Roth, last year’s President of the jury that awarded the top prize to the Mexican film After Lucia (Despues de Lucia), directed by Michel Franco.
The Prix Un Certain Regard will be awarded on Saturday 25 May, the day before the Closing Ceremony of the Festival.

The screening of The Bling Ring by Sofia Coppola, with Emma Watson in the title role, Taïssa Farmiga, Leslie Mann and Kirsten Dunst, will open Un Certain Regard on Thursday 16 May.

Inspired by a true story, The Bling Ring recounts a group of adolescents who are fascinated by “beautiful people” and the world of brands, tracking the whereabouts and activities of celebrities online so that they can rob their homes. They steal over three million dollars of luxury items: jewellery, clothing, shoes, etc. Among their victims are Paris Hilton, Orlando Bloom and Rachel Bilson. The media nicknamed this gang the “Bling Ring”.

An American director, actress, producer and screenwriter, Sofia Coppola lives in Paris.
Her first films Lick The Star (1996), Virgin Suicides (1999) and Lost in Translation (2003), were very well received by critics and audiences, who recognized the authentic character of an auteur from her very first works. In 2005 she received the César for best foreign film for Lost in translation, which had already won an Oscar for best original script.

Sofia Coppola said, “I am happy to come back to the Festival de Cannes. Marie-Antoinette was in competition in 2006, I presented my first film Virgin Suicides at the Directors’ Fortnight and I am very proud now to open Un Certain Regard with my new film that will be screened for the first time before an audience. I can’t wait to be there…”

The Bling Ring will open in cinemas in France and around the world in June 2013.