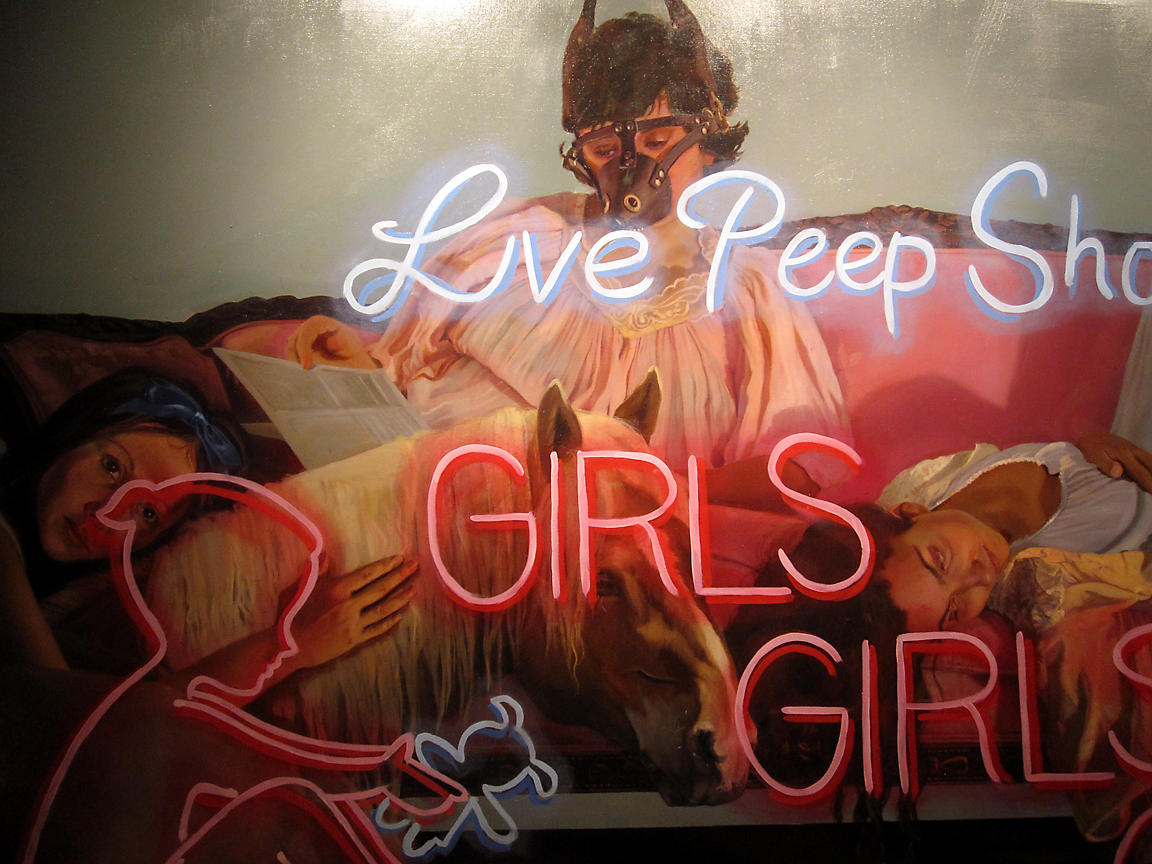 Having launched itself as a unique venture at the start of this year, the newly founded fordPROJECTS opened its gallery doors to a sprawl of New Yorkers for its inaugural exhibition in January. Since then,  the gallery has presented over 6 different exhibitions in collaboration with leading curators and contemporary artists.

Located above Ford Models at 57 West 57th Street, in an airy, dual-level penthouse, the gallery was conceived by Creative Director, Tim Goossens, former member of MoMA PS1’s curatorial department, and Rachel Vancelette, former manager of the Domus Collection Beijing/NYC and Director of both Barbara Gladstone and Yvon Lambert galleries. The venture itself was founded by Altpoint Capital Partners, Ford Models’ parent company. Adopting an ambitious plan to curate and showcase an exhibit every 6 weeks with different curators and themes, Goossen stated: “fordPROJECT will serve as Ford’s commitment to the arts and artistic expression. Unlike a traditional gallery format, in which a stable of artists is represented, fordPROJECT’s compelling approach engages the global art community in exploring cutting-edge practices while working with both top leaders in the field and emerging voices.”

XXXX Magazine’s Director, Indira Cesarine, attended two of the galleries’ first wave of exhibits. The inaugural showing, launched on January 19th presented a promising exhibit entitled, When the Fairy Tale Never Ends. Unsure of what to expect from a venture which relies upon a modelling agency launching a contemporary art space, it was a pleasant surprise to see that the artwork on display, as well as the crowd at the event, were, for the most part, rather unfashionable! Perhaps unexpectedly, no skyscraper-tall models were present, sending all the attention from the serious artsy crowd toward the artwork. 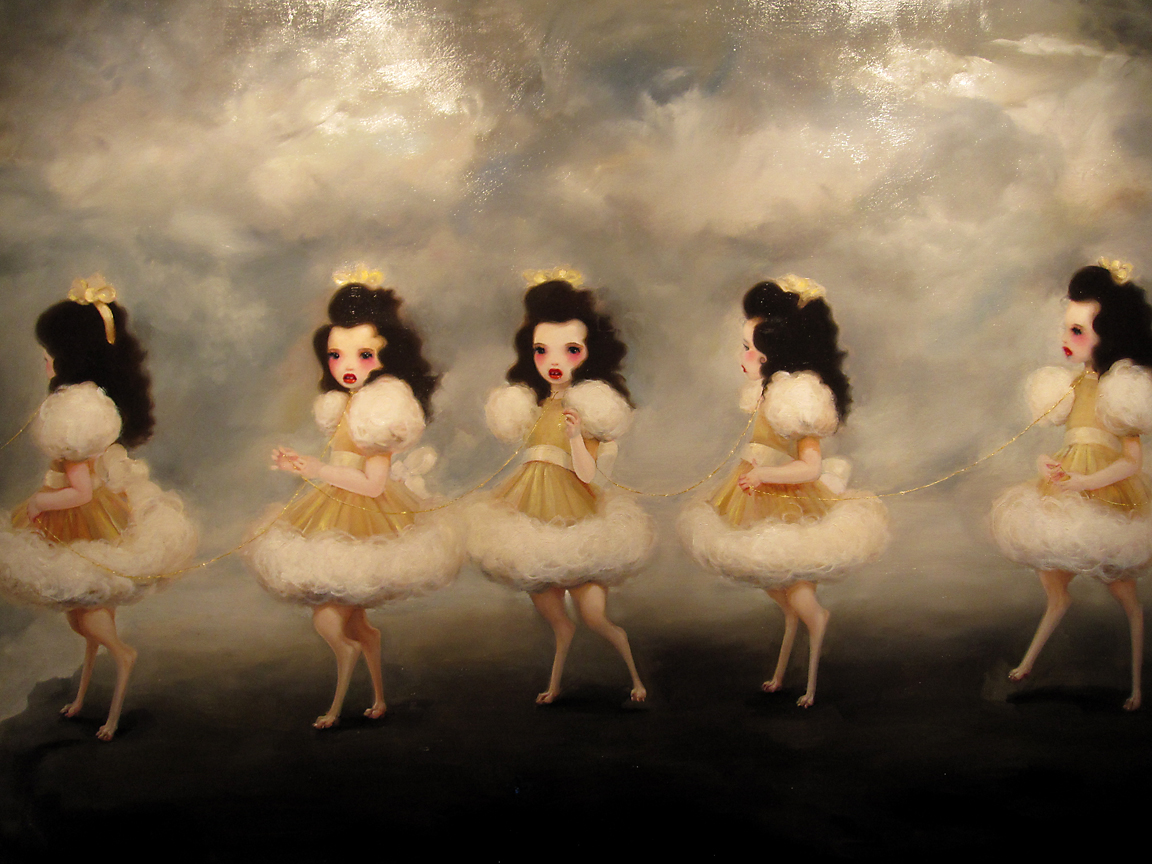 Curated by Lara Pan, the innovative and styled gallery space featured the work of both established and emerging contemporary artists. The concept of the exhibit, according to Pan, revolved around the “evolving nature of fairy tales in modern society,” as well as “the colliding myths and youthful fantasies that permeate cultures throughout the world.” The exhibit itself addressed ‘overarching themes of beauty, intrinsic value, the transgressive quality of fairytales in contemporary culture and the often unrealistic adolescent expectations for an idyllic life.’ Among the works featured in the show was an unassuming 26-minute video piece by Eleanor Antin, in which the artist explored the physical manifestation of the sociological pressures which women face in modern western society. This was done by picturing the artist dressed in a tutu in 1975, trying to capture the gallery audience with a monologue explaining her strategy for becoming a famous ballerina. Carabello-Farman’s video installation, Midnight, figures the story of Cinderella in reverse at high speed, urging its viewers to question the naivety behind her transformation.

Other pieces, such as Gretchen Ryan’s Girls in Peril and Panni Malekzadeh drew parallels between youthful feminine notions of an idyllic life and the harsh realities faced by many women in the world. Malekzadeh’s piece, Peep Show, attracted a lot of attention. A large pastel coloured canvas, the painting depicted the interior of a brothel with an overlay of neon advertising signs which brought to light the sordid realities of the sex industry. Creating a more light-hearted response was Kenny Scharf’s Junglasia, which presented viewers with a colourful painting, allowing direct access into the artist’s fantastical imagination. Painted in a surrealist style, consistent with many of his more recent works, the jungle inspired scene generates positive feelings relating to childhood memories. Other artists in the exhibit included Michael Aerts, Valentina Battler, Henry Darger, Braco Dimitrijevic, Wim Delvoye, Enright & Eagleton, Kent Henrickson. Amongst the captivated crowd were the likes of O. Aldon James Jr, the President of the National Arts Club, Heather Dell, director of Cristin Tierney Gallery, David LaChapelle and Daphne Guinness.

Returning to the gallery for the third exhibition entitled, Heading for a Fall: the Art of Entropy, was refreshing as the gallery had taken on quite a different concept. Exploring “the tendency of matter to move from order to disorder,” the group exhibition featured artwork by four emerging New York based artists: Lisha Bai, Lucy Indiana Dodd, Alexander May and Naama Tsabar, who are “linked together by notions of entropy, alteration, deformation and the use of natural materials.” The exhibition offered individual interpretations of entropy – the concept that matter moves naturally from order to disorder – through distinctive and imperfect works of sculpture, painting, drawing and installation. Naama Tsabar’s installation, Sweat 2, which was meant to literally fall apart while on view, served as inspiration for the themes and mechanisms of alteration, deformation and use of natural materials seen throughout entropy. In her paintings, sculptor Lucy Indiana Dodd distorted canvasses that projected from the wall. Dodd created the works by wetting a stretcher and then bending it into a new form. She then painted the surface with a mixture of sand and pigments from natural materials. Lisha Bai played with ideas of gravity and erosion in a series of rammed earth sculptures. These sculptures were constructed from columns of varying heights and seemed to decay before the viewers’ eyes. 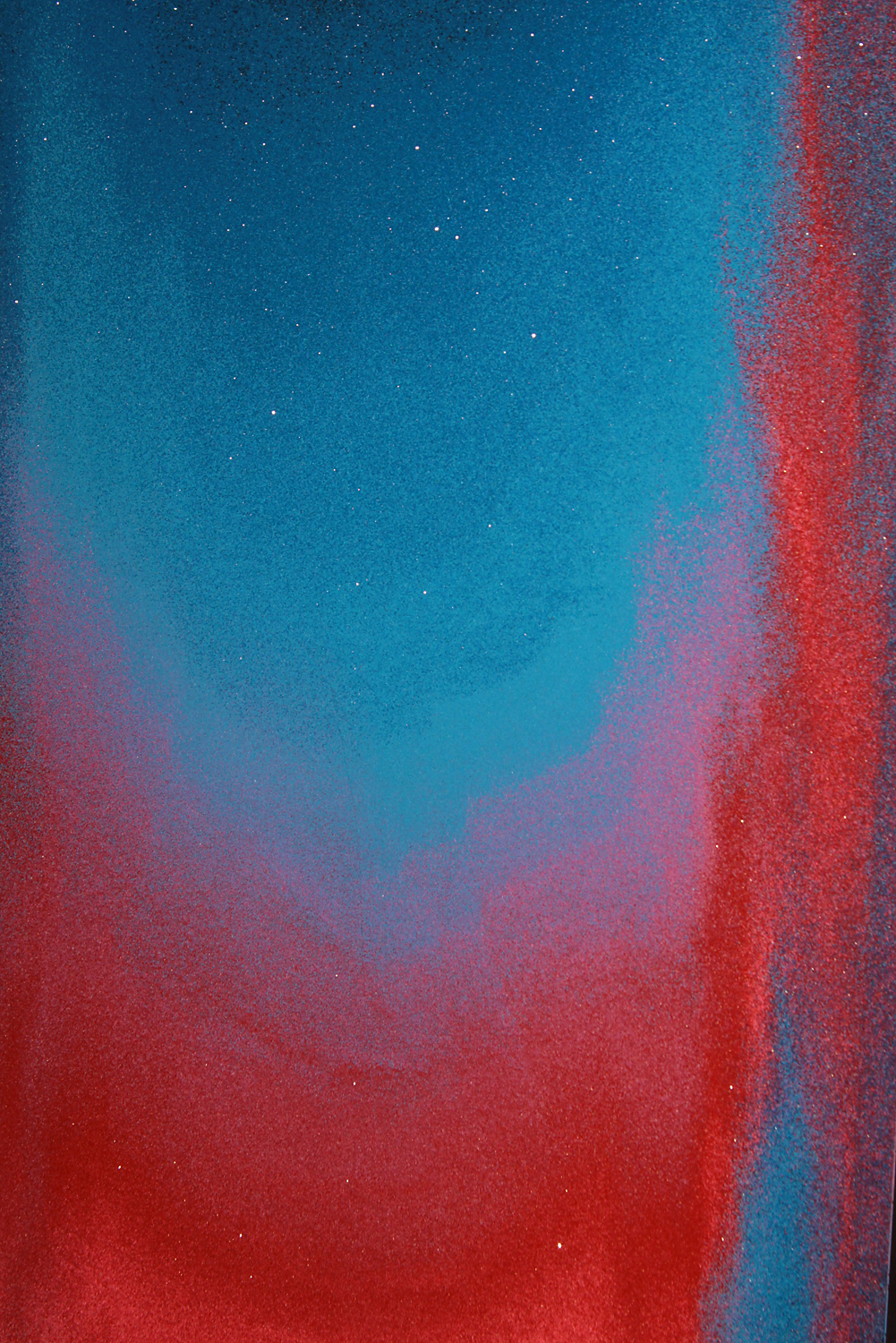 Other exhibits at the gallery this past year included Involuntary, curated by Neville Wakefield, was also part of the 2011 Armory Art Fair’s  VIP program, and was based on “the premise that most of our interactions with the world are governed by restraint and decorum but others are involuntary and beyond our control”.  Summer Affair, which opened at the end of June, featured a group exhibition of works by Alessandro Belgiojoso, Winston Chmielinski, Shin il Kim, Virginia Overton, Manuela Paz, Christopher Saunders, Stephen j Shanabrook/Veronika Georgieva, and Zdravko Toic. Reflections was brought together in collaboration with one of Japan’s leading contemporary Art Galleries, Tomio Koyama Gallery, from Tokyo. The group exhibition which took place between September and October showcased three young Japanese artists, Hideaki Kawashima, Makiko Kudo and Toru Kuwakubo.  “A new generation of Japanese artists is emerging with a unique vision that provides an innermost perspective of the “self” when seen through the looking glass of Japanese society. The paintings selected for this exhibition can be characterised as a glimpse into the souls of the people as seen by the observer.”

Through their exhibitions and collaborations, the gallery pushes the boundaries of the traditional role of a gallery and its relationship with collectors. The current exhibition Name. Date. Title., which opened November 7th and will continue until December 21st, 2011, was brought together in collaboration with BLACKLOTS, a new online art auction platform. The exhibition includes works by Jason Gringler, Benjamin Martins, Vargas-Suarez Universal, Virginia Inés Vergara,  Panni Malekzadeh and Helena Kauppila. “By incorporating BLACKLOTS’ art inventory into fordPROJECT’s curatorial program the companies are creating a new hybrid art buying experience. The collaboration between auction company and commercial gallery partnership creates a new perspective marking the future of how a viewer can experience and acquire an artwork… Name. Date.Title. These seemingly blank, spare words capture gallery and exhibition signage the world over; the discrete labels of uniform size, colour and typeface. In the late modern age of international art fairs and biennales, they have become part of the curatorial lingua franca which has helped to shape the experience and reception of art practice for a generation of spectators.”