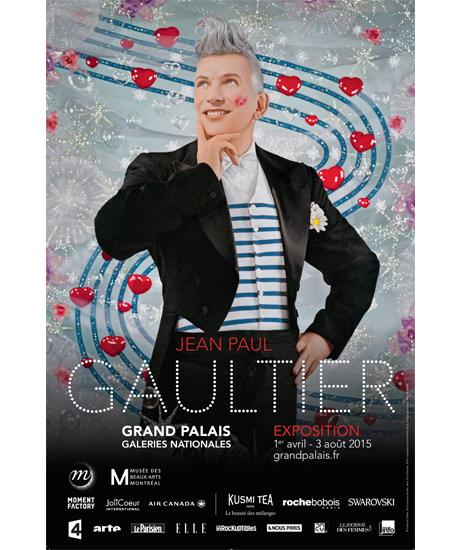 The retrospective of fashion designer Jean Paul Gaultier is on his 10th stop of his international exhibition tour in Paris. The exhibit was previously shown in Montreal, Dallas, San Francisco, Madrid, Rotterdam, Stockholm, Brooklyn, London, & Melbourne. This is the first time that The Grand Palais has devoted an exhibit to a fashion designer.

Jean-Paul Cluzel, president of the Grand Palais exhibition hall, commented on the exhibition; “Those who don’t get a chance to attend the fashion shows rarely see what a haute couture creation looks like”.

“I tried to display them by theme, themes that are important to me like working on skin, tattoos, piercing etc. androgenicity, the strong woman, the sexy woman as well, corsets, ethnicities,” Gaultier stated.

The exhibit contains more than 300 ready-to-wear and haute couture pieces from 1976-present. This also includes the famous cone bra worn by Madonna, as well as costumes designed for Dita Von Teese and Kylie Minogue.  Sketches, backstage videos, and 50 custom-designed mannequins are also included, as well as items from Gaultier’s personal history.