CULTURE, THE GIRLPOWER ISSUE
November 7, 2015
by The Untitled Magazine
0 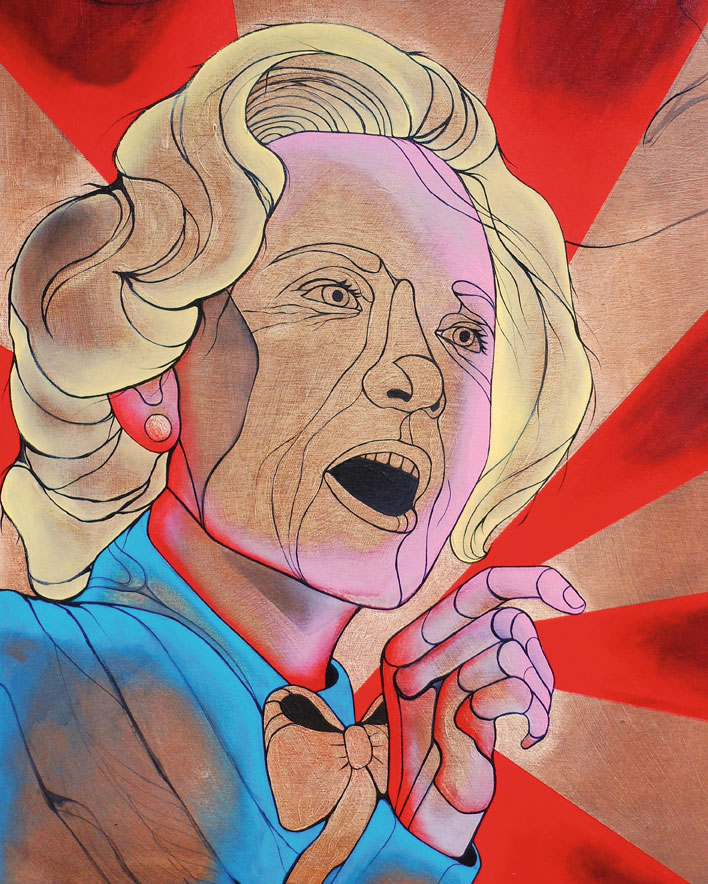 If all goes according to Hillary Rodham Clinton’s master plan, she will not only become the most powerful woman in the world, but arguably the most powerful person on the planet. With her presidential campaign in full swing, she is already a force to be reckoned with. After months of speculation over whether the Democrat would make a second run for the White House, following her failed attempt in 2008, Clinton finally threw her hat in the ring on April 12, 2015. Her delivery method was tech savvy: a tweet and a video with the message, “Everyday Americans need a champion, and I want to be that champion.” If successful in her 2016 presidential bid, Clinton will have shattered the last and the highest proverbial glass ceiling in existence for American women. During her 2008 concession speech, when she lost the Democratic primary to Barack Obama, Clinton described the primary votes cast for her as cracks in “that highest, hardest glass ceiling,” but she also acknowledged the gender gap. “I am a woman and, like millions of women, I know there are still barriers and biases out there, often unconscious, and I want to build an America that respects and embraces the potential of every last one of us.”

From an early age Clinton was shaped by a very strong female presence in her life – her mother, Dorothy Howell Rodham, who passed away in 2011 at the age of ninety-two. During a Democratic debate in 2007, in Clinton’s first run for the White House, she was asked who her greatest inspiration was and she cited her mother. “When I was growing up, I didn’t think I would run for president, but I could not be standing here without the women’s movement, without generations of women who broke down barriers, the Civil Rights movement that gave women and people of color the feeling that they were really part of the American dream. So I owe the opportunity that I have here today to many people, some of whom are known to history and many who aren’t. But more personally, I owe it to my mother, who never got a chance to go to college, who had a very difficult childhood, but who gave me a belief that I could do whatever I set my mind to.”

In Clinton’s formal campaign announcement and first major speech of her candidacy on June 13th, at the Franklin D. Roosevelt Four Freedoms Park on Roosevelt Island in New York, the presidential hopeful reiterated her mother’s tough upbringing and how those struggles formed who she is today. Dorothy Howell Rodham was eight years old when her parents sent her away from Chicago to live with her paternal grandparents in California. Clinton has said they were very strict and unloving. At fourteen, during the Great Depression, Rodham left her grandparents to work as a housekeeper. Later, Clinton’s mother would return to Chicago, marry, and raise her children. “When I was a girl, she never let me back down from any bully or barrier…. I can still hear her saying: “Life’s not about what happens to you, it’s about what you do with what happens to you – so get back out there,” said Clinton.

Another influence on Clinton was Wellesley College, the all- women’s liberal arts school in Massachusetts. Clinton entered Wellesley in 1965 as a moderate Republican and graduated as a Democrat in 1969. During her commencement speech she told her classmates, “We arrived at Wellesley and we found, as all of us have found, that there was a gap between expectation and realities. But it wasn’t a discouraging gap and it didn’t turn us into cynical, bitter old women at the age of eighteen. It just inspired us to do something about that gap.”

Over the years Clinton would go on to champion many issues, but equality for women would always be omnipresent. In 1995 she gave a speech on women’s rights at the Fourth World Conference on Women in China, in which she famously said, “If there is one message that echoes forth from this conference, let it be that human rights are women’s rights and women’s rights are human rights, once and for all.” During a 2012 keynote address at an International Crisis Group awards dinner, Clinton said, “Women are the largest untapped reservoir of talent in the world.” The then Secretary of State added, “It is past time for women to take their rightful place, side by side with men, in the rooms where the fates of people, where their children’s and grandchildren’s fates, are decided.”

Many of Clinton’s critics, including the more than dozen Republicans who are vying for their party’s presidential nomination, argue that she is dishonest, untrustworthy, and therefore should not be President. They cite her failure to disclose emails and her use of a private server during her time as Secretary of State under President Barack Obama. The 2012 attack on the U.S. consulate in Benghazi, Libya that killed four Americans, including Ambassador J. Christopher Stevens, and the Clinton Foundation’s ethically dubious activities are other points her critics bring up. There is no shortage of criticism against her. Some believe the motivation to be political; others say it is purely sexist. It is clear that from her time as First Lady through her Senate tenure and her stint as Secretary of State, Clinton has faced sexist comments on everything from her appearance to her manner. In the past, she has either deftly deflected or staunchly chastised them. Her gender should neither disqualify her from becoming President, nor should it make her more deserving of the highest elected office in America.

During that June campaign speech in Roosevelt Park, Clinton joked about her status as a woman. “Well, I may not be the youngest candidate in this race. But I will be the youngest woman President in the history of the United States! And the first grandmother as well. And one additional advantage: You won’t see my hair turn white in the White House. I’ve been coloring it for years,” said Clinton to thunderous applause. It is clear that Clinton is a feminist icon for many, but when she first ran for president in 2008, the question many were asking was “Is America ready for a woman President?” The other question was “Is America ready for a black President?” The latter has been answered in the form of President Barack Obama; we are still waiting for an answer to the former.

Article by Julie Walker for The Untitled Magazine’s #GirlPower Issue

Original painting of Hillary Clinton by Jennifer Caviola aka Cake