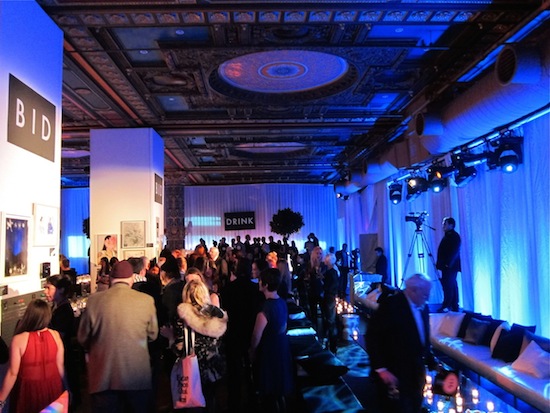 A panel of established international curators selected nominees for the award, which is presented every two years to an early or mid-career curator to support their independent practice and includes a $3,000 stipend towards a new project. Since its inception in 2010, the award has been generously funded by the Gerrit Lansing Education Fund. Past Independent Vision Curatorial Awards were presented to Doryun Chong (2010) and Nav Haq and Jay Sanders (2012).

The Independent Vision Curatorial Award is significant in that it is one of the very few awards in the world to recognize rising curatorial talent.  The recipient of this year’s award will be selected from the fifteen nominees by Nancy Spector, Deputy Director and Jennifer and David Stockman Chief Curator of the Solomon R. Guggenheim Foundation. The winner will be announced this fall, and the award will be presented on November 17th at ICI’s Annual Benefit & Auction taking place at the Cunard Building, 25 Broadway in New York City.

Also at the November 17 benefit, Dimitris Daskalopoulos will be presented with the 2014 Leo Award. Named after early ICI supporter and legendary art dealer Leo Castelli, the award honors extraordinary commitment to artists and pioneering contributions to the field of contemporary art. Daskalopoulos, a forward-thinking contemporary art collector, was selected for his visionary approach to collecting, D.Daskalopoulos Collection, his generous patronage activities in the arts and his work as the founder of NEON, a non-profit organization which, like ICI, develops innovative art collaborations around the world. NEON works to broaden the appreciation, understanding, and creation of contemporary art in Greece in firm belief that it is a key tool for growth and development.