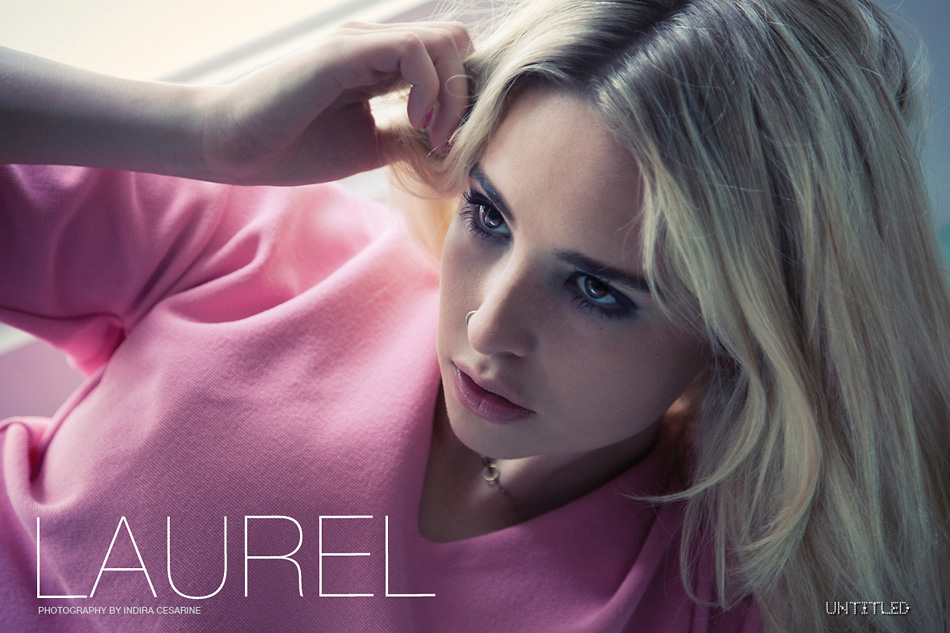 Twenty-year old English singer-songwriter Laurel Arnell-Cullen, better known as “London’s Last Sweetheart” or just Laurel, was just another seventeen-year old college student, uploading her music onto the internet, when she received an email from Sony Music. “I remember when that happened, I started screaming at my mom – she thought it was spam mail. But, that was the day that my life started changing. I went from that to being here in New York.” A reader of T.S. Elliot, Laurel’s own lyrics provide a poetic atmosphere that gives her music what she calls its “cinematic” sound. “I don’t just write melodies to be catchy… I want every sentence to have a meaning and depth to it. I think it’s very poetic, but it is dirty as well – we have drums in there and bass.”

After a whirlwind of newfound success, including three days of opening for John Newman while he was on tour, Laurel released an EP titled, To The Hills, which came out earlier this year under her own label, Next Time Records. The singer also sparked an interest in Vogue, who recently streamed her music video for “Shells” exclusively on Vogue.com. Laurel recently released a new single called “Memorials” from her forthcoming debut album Holy Water, which she wrote and produced herself. Holy Water is slated for release on December 15th. The Untitled Magazine sat down for an exclusive interview with the singer where she revealed her plans for the future, her love for live performances, and her inspiration. Check out the exclusive interview with Laurel below. 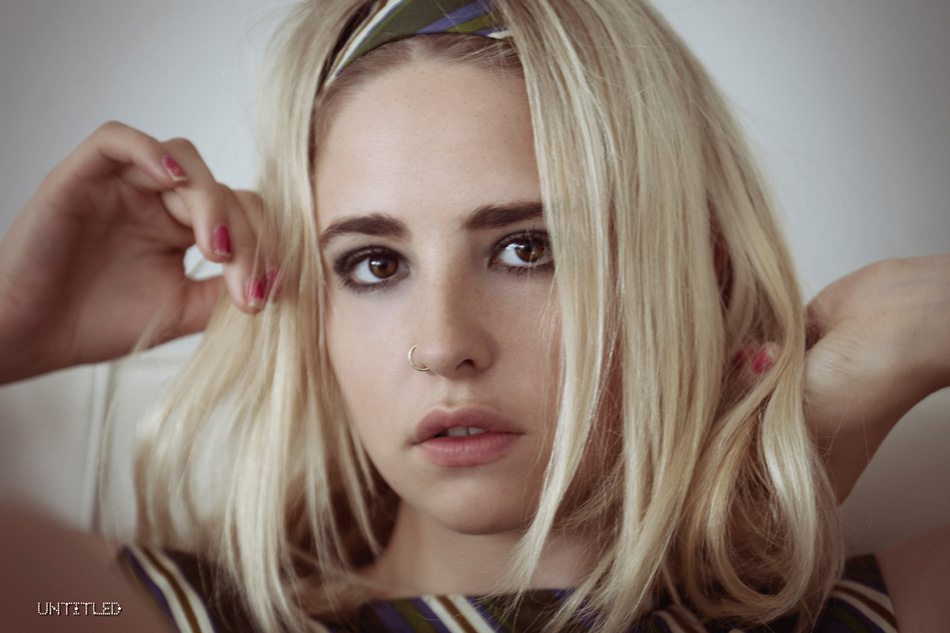 Laurel: Yeah, I had a couple of shows in New York. I performed at Brooklyn Bowl. The crowds there are really nice!

IC: Where are you from?

L: I’m from the South Coast of England, around the South Hampton area.

IC: I heard that you toured with John Newman?

L: I did three days with him on his UK tour this year, which was really fun!

IC: Have you headlined any of your own shows yet?

L: Yes, I did one at The Knitting Factory. We’re doing quite a few in the UK but we’re also focusing on performing at other people’s shows at the moment. It’s very fun to do headlining shows, though, I must admit. Even if it’s a way smaller crowd.

IC: How did you first start in the music industry?

L: Well, I’ve always wanted to do music; I’ve always wanted to be a singer. When I was about thirteen or fourteen, I started wanting to be a musician and write songs and have that as a career. I started playing the piano when I was about eleven and then I started playing the guitar at thirteen. About two months after I purchased a guitar and started to really play it, I decided to do a gig. I wasn’t even allowed to be in the venue – I was only fourteen! Ever since then I’ve just been gigging and writing music. My sound has definitely changed since, but I’m still here!

IC: Where do you draw your inspiration for your songwriting?

L: I get a lot of inspiration from films and poetry.

IC: Any poets or films in particular?

L: T.S. Eliot is my favorite. My favorite films are Candy, Where The Wild Things Are, and recently I bought Rush and that’s quite good. I watch a lot of films. I gain a lot of inspiration from other musicians as well – a lot from hip-hop, and I love Florence + The Machine. 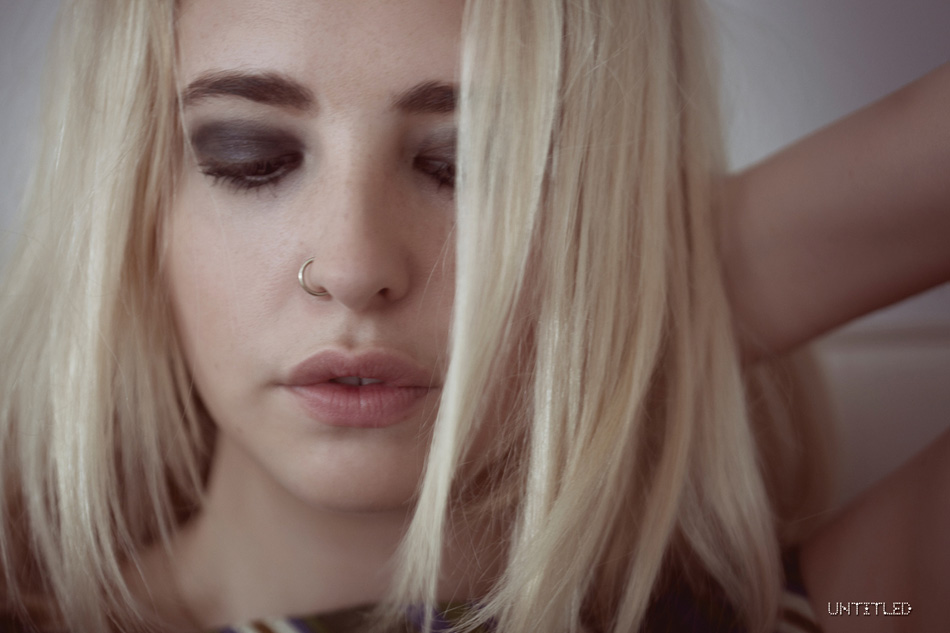 L: It’s really cinematic; it’s very passionate. I don’t just write melodies to be catchy. I want every sentence to have a meaning and depth to it. I think it’s very poetic, but it is dirty as well – we have drums and bass!

IC: If you could choose any venue in the world to play at, which would be your first choice?

L: There is this place in London called Wilton’s Music Hall and it’s the oldest music hall in the world. It’s very small but it’s very beautiful. I’ve always wanted to perform there. And obviously Wembley Stadium and Madison Square Garden …

IC: Do you prefer to perform live or in the studio?

L: Performing live is amazing unless you’ve got no voice! I guess it’s depends, if I was gigging every single night then I might prefer to be in the studio. I think you need to keep both balanced.

IC: What do you think was a defining moment with your work?

L: I still don’t know if there has been one! I always knew I’d do music. I feel like when I was seventeen, my life drastically changed. One moment I was at college, playing my guitar as a hobby – I always took it very seriously though – and then the next day, I uploaded a song on the internet and got an email from Sony Music. I remember when that happened, I started screaming at my mom – she thought it was spam mail. But, that was the day that my life started changing. I went from that to being here in New York.

IC: How old are you now?

IC: Wow! You’re not even of age to drink here yet!

L: I know! It’s very strange to go from a place where you’re an adult and have been for two years, to come here. Before I did my gig in New York, my managers sat me down and told me about the drinking rules.

IC: So what are we looking forward to from you this year?

L: My new song came out recently, “Shells.” It’s a song that I wrote at seventeen, a few days after the email came from Sony, actually. It reminds me of a time in my life when everything was new. I was with a boyfriend and he fucked off to Australia and left me. He found a new girlfriend and I was very sad, so I wrote a song. It’s about feeling numb… having no feelings towards anything and not knowing if you’ll come back from it. It’s weird to release it now, seeing as I wrote it three years ago, but I felt like now was the right time to do it. We went down to the beach to shoot the video.

IC: Do you have any plans to release anything else this year?

L: My official single will come out for sale in October and my album will be out early next year.

IC: Do you have a title yet?

L: I think so. I think I’m going to call it “London’s Last Sweetheart.” It’s something that I thought of once, while writing. I put it on Twitter and all of a sudden, it became a tag towards my name. A lot of the time, when people blog about me, they write, “London’s last sweetheart, Laurel” – it seems to have caught on. It may change, though. I’m a very fickle person!

– Interview and photography by Indira Cesarine for the Untitled Magazine

Don’t miss Laurel’s new single, “Memorials,” which is streaming via Soundcloud below:

0
The Untitled Magazine November 26, 2014
No Comments Yet