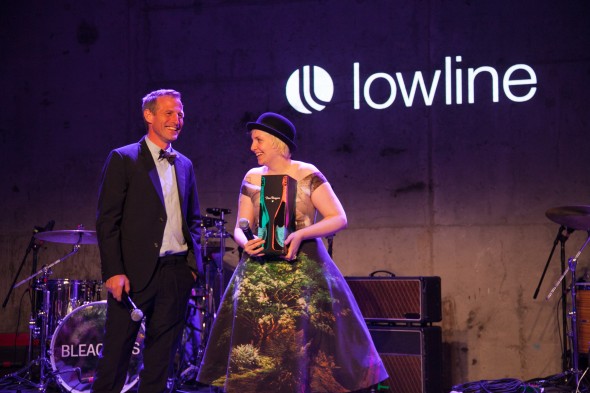 On Wednesday, October 8th, 2014, the Lowline, which will use solar technology to build the world’s first underground park in New York City, celebrated its fundraising Anti-Gala at Skylight Modern in Manhattan. Hosted by Girls‘ Lena Dunham and director Spike Jonze (Where the Wild Things Are, Her), the event capped off with an after party with live performances by Bleachers, headlined by Grammy-winning musician Jack Antonoff, and a live DJ set by James Murphy of LCD Soundsystem. Throughout the night, surprise performances by local subway performers connected the event to the vibrancy and wild creativity of New York City. 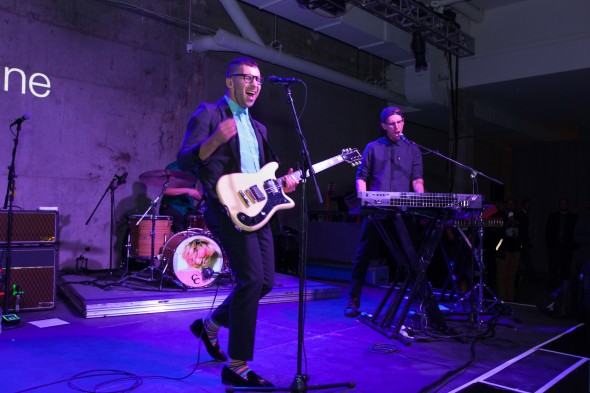 The Anti-Gala featured a dinner menu from Chef Julian Alonzo of Neuman’s Kitchen that was inspired by the diverse food traditions in the Lower East Side, where the Lowline will be built. During the dinner, Lowline co-founders Dan Barasch and James Ramsey shared the latest on the Lowline’s progress, including its political advocacy, technology research, and design updates

“Our vision is a stunning underground park, providing a beautiful respite and a cultural attraction in one of the world’s most dense, urban environments,” said Dan Barasch, co-founder and executive director. “The event mirrored the underground space in design with the help of Terrain, a lifestyle brand known for endless home and garden inspiration on the look and feel, while showcasing the Lowline’s pioneering urban design and focus on unconventional green spaces. We are thrilled to have presented a unique opportunity to New York City and we’re so grateful for the continued support.” 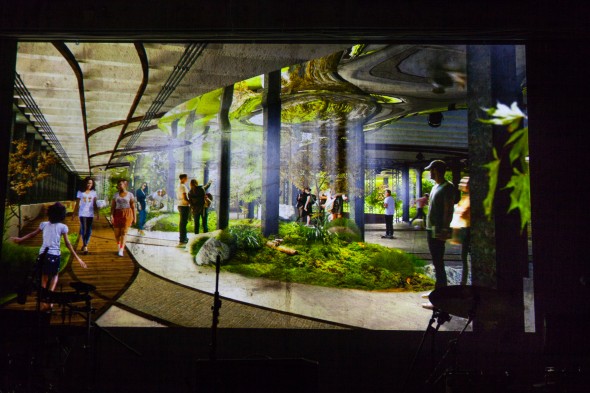 About the Lowline
The Lowline is a plan to draw natural sunlight underground, to build the world’s first public space below New York City’s streets.  This innovative technological approach will illuminate an abandoned former trolley station in the heart of New York City’s Lower East Side– enabling plants and trees to grow.  Given the clear community benefits of a beautiful new public space, the project is now supported by every single elected official representing the Lower East Side, along with major community organizations and the local business community.  Through the Lowline Young Designers program, the project has engaged hundreds of young people and their families to imagine the Lowline as a community-oriented public space. The Lowline is located in the former Williamsburg Bridge Trolley Terminal below Delancey Street on New York City’s historic Lower East Side.

"LISTEN UP PHILIP" - AN ODE TO MR. ROTH AND LIT SNOBS ALIKE

0
The Untitled Magazine October 9, 2014
No Comments Yet