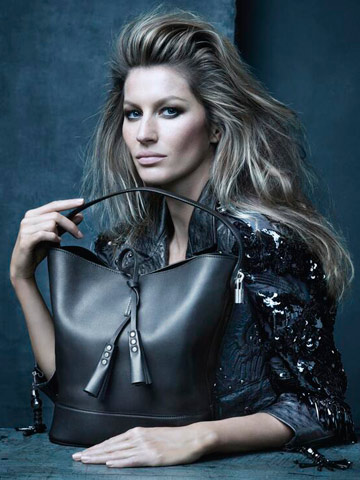 Marc Jacobs may have seen his last Louis Vuitton runway show in October but his reign as creative director wasn’t complete until today. The Louis Vuitton Spring 2014 ad campaign showcases Gisele Bündchen, Catherine Deneuve, Sofia Coppola, Edie Campbell, Fan Bingbing, and Caroline de Maigret – all muses of Jacobs’ since he began at Vuitton. The images reflect the darkness of Jacobs’ last runway show, tinged with a sense of nostalgia and sentiment.

In 1997, Marc Jacobs was introduced as the creative director of Louis Vuitton. In the past eight years, we’ve been able to witness Jacobs grow as a designer, an activist, and as a household name. Jacobs singlehandedly expanded the Louis Vuitton brand by creating the first ready-to-wear line and, in 2001, introduced his own line: Marc by Marc Jacobs. His Protect The Skin You’re In campaign, which features some of the biggest names in Hollywood photographed nude, have become nothing short of iconic. All of the proceeds from the sales of his skin tees are donated to the NYU Skin Cancer Institute.

Earlier this year, Jacobs was named the new creative director of Diet Coke. He’ll work simultaneously with Diet Coke and his own label after his departure from Louis Vuitton.