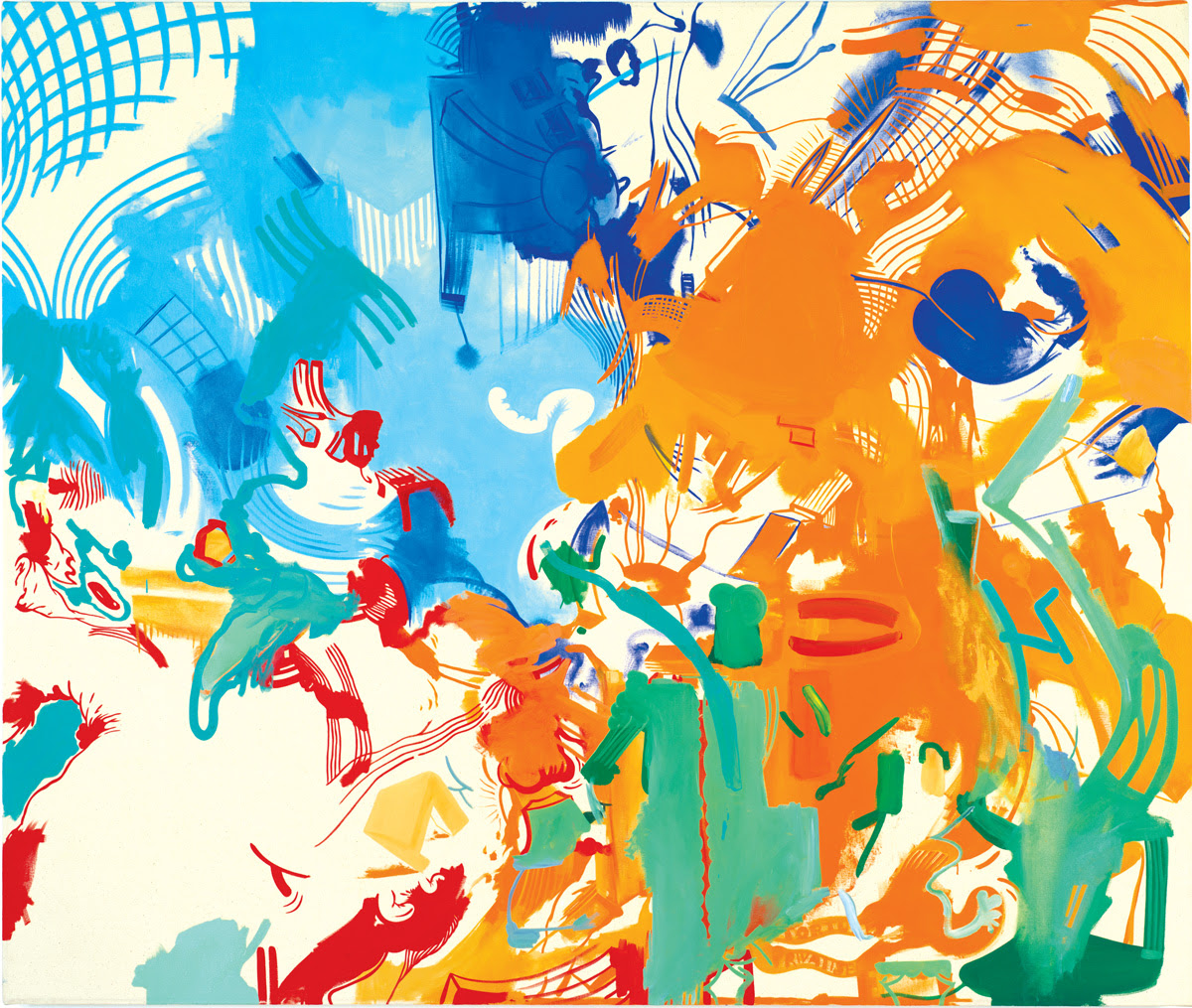 303 Gallery will be holding their ninth exhibition of Sue Williams’ work this coming January. Williams has exhibited internationally for over 15 years and was included in the 1993, 1995, and 1997 Biennials at the Whitney Museum of American Art, as well as being shown at the Museum of Modern Art and the New Museum in New York. She recently has held one-person exhibitions at the Palm Beach ICA, FL, the Secession in Vienna, Austria, the Instituto Valenciano de Arte Moderno, Spain and the Addison Gallery of American Art in Andover, MA. She is currently included in the exhibition “Comic Future” at Ballroom Marfa, Texas.

In a series of new paintings, the humanlike abstractions of Williams’ recent work have combined into architectural space, as the twin towers of the World Trade Center explode and collapse into cataclysmic color fields. As a response to the monumental shock of 9/11 and the ensuing wars that have followed, Williams approaches the contradictory beauty lurking between reflection, critique, and pure artistic indulgence. The violent and traumatic nature of her subject matter in the current political climate have become integrated into the vocabulary of her paintings. Despite the seriousness of her work, Williams retains her sense of humor – the demented, abject humor of bodily functions, the inadvertent expressionism of dripping human fluids all remain intact.