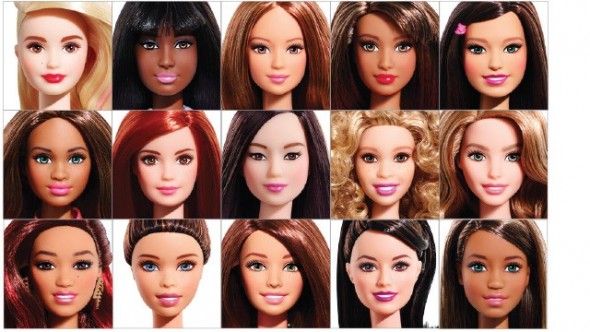 Toy empire Mattel will be releasing a new set of more diverse Barbie dolls. Barbie has iconically been known to have unrealistic, exaggerated features, which has controversially been known to be linked to body image issues amongst little girls.

Due to a decline in sales, Mattel has now released a new line of dolls of different ethnicities in order to appeal to a wider set of beauty standards. The line will be called “Barbie Fashionistas,” and will feature 8 different skin tones, 14 facial sculpts, 18 eye colors, and 22 hair styles in 23 different colors. Not only will they represent a more diverse set of ethnicities, their feet will be adjusted to be able to wear flats, like normal human beings.

Richard Dickson, a co-president at Mattel, admitted that “Barbie had lost her way,” and that “the superhero line will stand out in a sea of princess themed dolls, while the diversity of the new line represents the world girls see today.” These Barbies are all still an idealized version of each of their ethnicities, with mostly glossy, straight hair, lots of colored eyes, no imperfections, and a uniform size, but the addition of diversity is a step forward in the pop culture representation of beauty. A step which, while maybe small, can be done in heels or in flats.