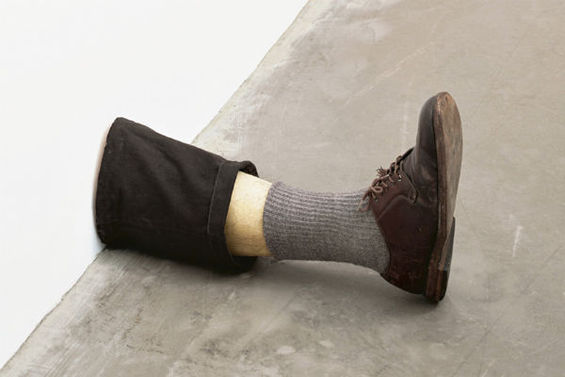 Robert Gober: The Heart Is Not a Metaphor is the first large-scale survey of Robert Gober’s career to take place in the United States. Robert Gober (American, b. 1954) rose to prominence in the mid-1980s and was quickly acknowledged as one of the most significant artists of his generation. Early in his career he made deceptively simple sculptures of everyday objects—beginning with sinks before moving on to domestic furniture such as playpens, beds, and doors. In the 1990s, his practice evolved from single works to theatrical room-sized environments. Featuring loans from institutions and private collections in North America and Europe as well as selections from the artist’s collection, the exhibition includes around 130 works across several mediums, including individual sculptures and immersive sculptural environments and a distinctive body of drawings, prints, and photographs. The loosely chronological presentation traces the development of this remarkable body of work, highlighting themes and motifs that emerged in the early 1980s and continue to inform Gober’s work today. Robert Gober: The Heart Is Not a Metaphor is organized by Ann Temkin, The Marie-Josée and Henry Kravis Chief Curator, and Paulina Pobocha, Assistant Curator, Department of Painting and Sculpture, MoMA, working in close collaboration with the artist.

The exhibition is made possible by Hyundai Card.