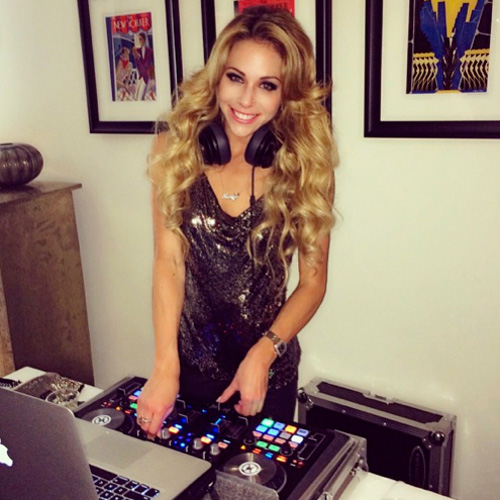 On September 16th, 2014, coinciding with London Fashion Week Summer/Spring 2015, The Untitled Magazine and Big Machine Agency will be celebrating a night of fashion and music at the Soho House London. Starting at 7:30 pm and going until 10:00 pm, the event will include performances by Olivia Somerlyn, Jess and the Bandits, and DJ Mandy Jiroux.

About the performers:
Olivia Somerlyn is the 19-year-old singer, songwriter, pianist and guitarist who has toured with The Jonas Brothers, Victoria Justice, and Jessie J. Managed by Kevin Jonas, Somerlyn’s gained popularity with her new single “Parachute” featuring Joe Jonas, and just recently performed at the Isabella Rose Taylor show for New York Fashion Week. Jess and the Bandits is the new US/UK country-pop band that formed on a tour with BBC Radio 2 favorite Jess Clemmons and touring musicians The Bandits. Last but not least, Mandy Jiroux first made a name for herself as Miley Cyrus’s other half in the web series, “The Miley & Mandy Show.” Since then, Jiroux has been working on various musical projects, including working with an all-girl band called BG5 eventually releasing her own songs and covers. Most recently, Jiroux’s been producing her own work and DJed at several New York Fashion Week events.

For more information about the event or to request invitations contact us at events@untitled-magazine.com