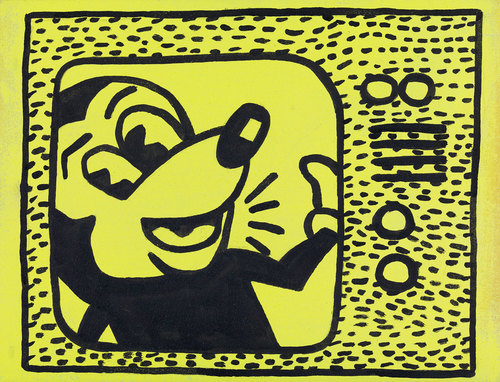 MoMA presents the first comprehensive survey in the U.S. of the 50-year career of Sturtevant (American, 1924–2014), and the only institutional presentation of her work organized in the U.S. since a solo exhibition at the Everson Museum of Art in 1973. Sturtevant: Double Trouble brings together over 50 key artworks from all periods of Sturtevant’s career in almost every medium in which she worked—including painting, drawing, photography, sculpture, film, and video—identifying her as a pioneering and pivotal figure in the history of modern and postmodern art. The exhibition is organized by Peter Eleey, Curator and Associate Director of Exhibitions and Programs, MoMA PS1, with Ingrid Langston, Curatorial Assistant, Department of Drawings and Prints, MoMA. The exhibition will travel to the Museum of Contemporary Art in Los Angeles.

The artist began showing under the name “Sturtevant” in a group exhibition at the Betty Parsons Gallery in New York in 1960. She started making her own versions of the works of her contemporaries in 1964, using some of the most iconic artworks of her generation as a source and catalyst for the exploration of originality, authorship, and the interior structures of art. Beginning with her versions of works by Jasper Johns and Andy Warhol, Sturtevant initially turned the visual logic of Pop art back on itself, probing uncomfortably at the workings of art history in real time. Yet her chameleonlike embrace of other artists’ art has also led Sturtevant to be largely overlooked in the history of postwar American art. As a woman making versions of the work of mostly better-known male artists, she has passed almost unnoticed through the hierarchies of mid-century modernism and postmodernism, at once absent from these histories while nevertheless articulating their structures.

Though her “repetitions” may appear to be simply mimetic exercises in proto-appropriation, Sturtevant is better understood as an artist who adopted style as her medium and took the art of her time as a loose score to be enacted and reinterpreted. Far more than mere copies, her versions of Johns’s flags, Warhol’s flowers, and Joseph Beuys’s fat chair are studies in the action of art that expose aspects of its making, reception, circulation, and canonization. Working primarily in video during her last decade, Sturtevant extended her interest in simulation to the media environment, incorporating footage from Hollywood films, television, and advertising to make literal reference to larger considerations of politics, truth, and violence—concerns that animated her work from its inception.