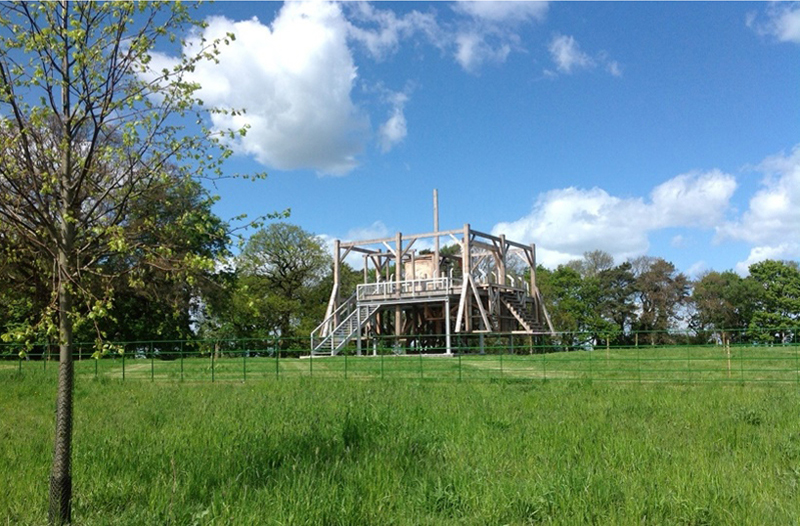 An immense and powerful wooden sculpture by contemporary American artist Sam Durant, Scaffold is arresting both in scale and the history that has inspired it. Standing on a plinth of concrete in Jupiter’s newly planted orchard, it commands views of the Pentland Hills and beyond Arthur’s Seat. There will be an artist talk with curator Susanna Beaumont on May 26 at 1pm.

Sam Durant (born Seattle 1961, lives and works in Los Angeles, studied Cal Arts and Massachusetts College of Art, USA) is a multimedia artist whose works engage a variety of social, political, and cultural issues. Often referencing American history, his work explores the varying relationships between culture and politics, engaging subjects as diverse as the civil rights movement, southern rock music, and modernism. His work has been widely exhibited internationally and in the United States. He has had solo museum exhibitions at the Museum of Contemporary Art, Los Angeles, Kunstverein für die Rheinlande und Westfalen, Dusseldorf, S.M.A.K., Ghent, Belgium and the Govett-Brewster Art Gallery in New Zealand.