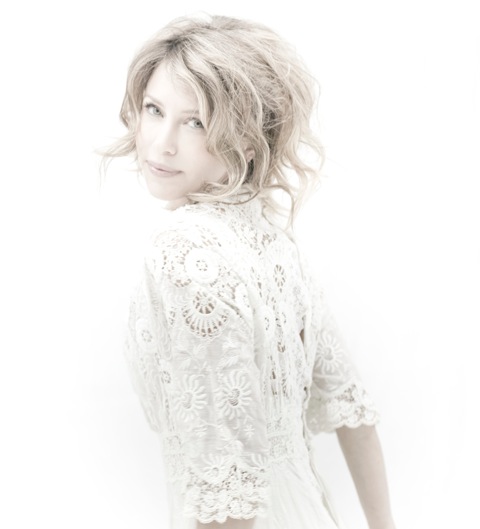 Sasha Lazard has, in her career, honed her very own style of genre-defying music. Despite her captivating vocal talent, the singer wasn’t always so keen on being in the spotlight, admitting to joining her grammar school choir solely to bake for her peers. Thanks largely in part to her enthusiastic mentor, Sasha found her voice and embraced her natural talents. With the days of bashfully standing in the shadows behind her, the singer has been featured as the voice of Victoria’s Secret Fall 2006 campaign, as well as Toronto International Film Festival. Her music has also been included on the soundtracks for both Kissed by an Angel, Cowboys & Angels, and Modigliani, among various others.

In today’s music industry, it takes more than just a pretty face to make an impact – one needs to have a distinguishing sense of individuality, and Sasha has just that. Mixing her operatic voice with eclectic melodies, the New York native brings an ethereal quality to the table that hasn’t been done since Celiné Dion entered the scene. Check out our exclusive Q&A interview with Sasha below and make sure to watch her video for “Lumieré”!

The Untitled Magazine: How did you initially become interested in Opera?

Sasha Lazard: I became interested in Opera when I was in grammar school and joined a choir there. I was an extremely shy child and when I had auditioned for the choir, I told them that there was no way that I could sing but I could bake for them. They let me in pretty much because they felt sorry for me. Within a few months, my voice emerged in the choir and the director took me under her wing. I began doing concerts and performances in people’s living rooms and she started training me. After that, I joined Opera programs, but it all began in living rooms.

UM: Where do you find the inspiration for your music?

SL: I guess, in the case of Lumière, it was a bit different from my previous work. Previous albums were inspired by melodies that I had loved my whole life and had been singing my whole life. I would turn these classical melodies, and these operatic folk songs, into pop songs. This album was different in that I started doing a lot of songwriting, and I found inspiration from my own life experiences. Before, my inspiration came from music that I was hearing, and the big shift with this album was that it was very much about the lyrics rather than the melody.

UM: Do you have a specific creative process? I know that certain artists who live in New York will travel the world just to sit down in seclusion to gain inspiration…

UM: How would you describe your music to someone that has never heard it?

SL: I don’t think that it has a genre and the only reason why I say that is because when I create it, I never say, “I’m writing a pop song”. I never follow a format, and none of them have the typical song structure. I make what I love and it could be more pop, more singer-songwriter – it’s just what I enjoy. I always mix things up and I have been doing that my entire career. I love to sing so many different styles, so I don’t think that I have a definable style. Maybe people call it a classical crossover because there are classical elements, but I’ve never been able to call it one particular thing.

UM: Your first album – The Myth of Red – was loosely based on the myth of Inanna. Can you tell me how that story influenced your album?

SL: I was interested in mythological stories and remain so. At the time, I was having a relationship with a guy who seemed incredible and amazing, but he was a total bad guy. I wanted to find a way to explain being drawn to somebody like that – being drawn to somebody whom is so dark… just falling in love with someone who is a bad person. When I found the story of Inanna traveling to the dark side, I thought that it was a beautiful through line to write about. We followed her story and tailored the album around her story.

UM: What was the inspiration for your latest music video? Is that your son in the video with you?

SL: No, and I want to clear that up. I wrote that song for a boy that I knew when I was about fifteen and he was five – he was the son of one of my mom’s best friends – and we had this really wonderful friendship. He was a beautiful, extraordinary child – he lived in Paris. When he was thirteen, he had a car accident and died. I wrote the song for him with his mom. Otto – who is the little boy in the video – is one of my dear friend’s sons who happen to look an awful lot like the boy that I wrote the song for. The song is a celebration of our friendship – not a mother/son friendship – just a girl and a little boy. Otto is my son’s best friend so he was very proud to be in the music video. He actually said, “I love the video but why does the music have to be in it?”

UM: What advice would you give to a young, aspiring artist?

SL: I would just tell them to never put any restrictions on themselves. The really cliché line: “choose your own path” – you really have to do that in this day in age. You need to take your own strengths and follow your own path. Never try to follow in the footsteps of someone else or let a producer tell you who you need to be as an artist. You need to be true to your own talents and your own art. There are so many producers and managers who will try to put you in a box and make you something different and it’s a terrible thing. If it’s not authentic to you, I don’t think it works. Just stay true to your art.

UM: You’ve performed for a lot of luxury fashion houses – Carolina Herrera, Bulgari, Louis Vuitton – can you tell me how that came about?

SL: The first performance that I ever got for a luxury brand was for Bulgari and I was asked to sing for a party for the photographer Patrick MacMullen. This was years ago, he asked me if I would sing for his birthday! He had always been so kind to me – so I agreed to perform at his birthday without a fee. I remember being slightly irritated that I was doing a gig at midnight without getting paid, but a man from Bulgari was at the party and was blown away. That transpired into a long-lasting relationship between the brand and myself. We’ve worked together at hotel openings and jewelry launches all over the world, so I am very grateful that I did that event. I always encourage young artists to take risks because you never know where your opportunities will come from. So, when I started doing the Bulgari performances, I was invited to work for other companies.

UM: Do you have any big projects that you’re currently working on?

SL: I’m heading to Portland in a couple of weeks to do a collaboration with an aerial dance company. It’s called Pendulum Aerial Arts and it’s a bit like Cirque de Soleil. The choreographer created an entire dance suspended in the air around my album. So, I’m going to be out there singing while the dance is going on overhead. We will be doing four or five performances. I will also be in Newport, Rhode Island to sing at a preservation society ball.

Interview by Jessica Natale for The Untitled Magazine

COMEDIAN ANASTASIA WASHINGTON ON USING HUMOR AS A FORM OF ACTIVISM