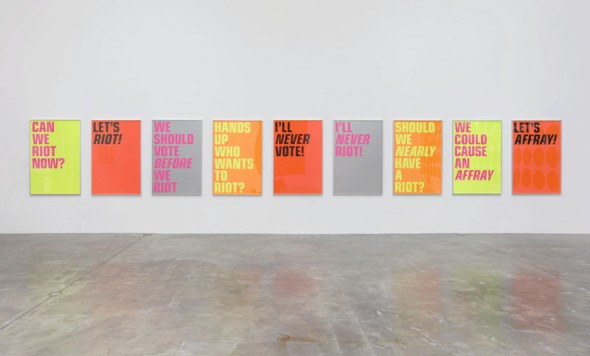 This September, Bortolami Gallery in New York City is presenting a solo exhibition of Scott King’s latest work, Totem Motif. This collection, which originated this past May at Between Bridges in Berlin, will be recreated in a new space. Scott King, an artist from England, was previously worked as Art Director for popular i-D Magazine and Creative Director for Sleazenation magazine. Over the course of his career, he has collaborated with iconic figures, such as Malcolm McLaren, the Pet Shop Boys, Michael Clark and more. His vivid, eclectic work has been exhibited worldwide in the Museum of Modern Art, New York; Museum of Contemporary Art, Chicago; Palais de Tokyo, Paris; The State Hermitage Museum, St. Petersburg; and the Institute of Contemporary Arts and the Barbican, London.