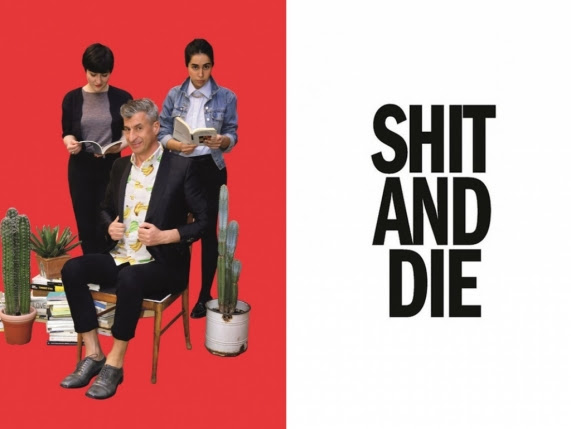 Artissima‘s collateral exhibition this year is Shit and Die – One Torino. The “retired” artist, Maurizio Cattelan was invited back from retirement to curate the show. He formed a team of two young curators – Ben Salah and Marta Papini, who helped him gather the works of more than 40 different artists, including Ida Tursic & Wilfried Mille and Franceso Vezzoli, with 20 specially commissioned works, divided into seven sections within the Palazzo Cavour. Each section is related to a specific object that functions as a thematic anchor and that came from a variety of sources, from established institutions to more unknown collections in the city.

The title of the exhibition is certainly evocative. But the press release wants to make sure we are NOT thinking what we are thinking when we read the title.  The exhibit is NOT about feces and death. It is also not a show about curatorial innovation; it is neither an experimental exercise nor a formalist statement. Besides what it is not, the show is rather hard to define because of the reluctance of the curators to describe “in a few lines without seeming terribly artificial or slightly pedantic.” You wouldn’t want your Shit and Die show to become stuffy and pedantic.

It could be defined as a contextual experience, however, because it is all work surrounding the city of Turin, Italy, which provided the characters, stories, objects and atmospheres that have become the primary material for the show. Sounds like a lovely city. But no, it’s not a comment on Turin either, really. It is life reduced to its simplest and most universal elements. Everyone shits and dies, generally. The artwork, One Hundred Live and Die (1984), by Bruce Nauman, a work that “is not in the show but could have been,” is instead an absent inspiration for the exhibition and part of its title. Turin’s fears, vices, fetishes and obsessions become our obsessions, fears, vices and fetishes. And don’t all fears, vices fetishes and obsessions start and end with death and feces?