CULTURE, THE GIRLPOWER ISSUE
November 28, 2015
by The Untitled Magazine
0 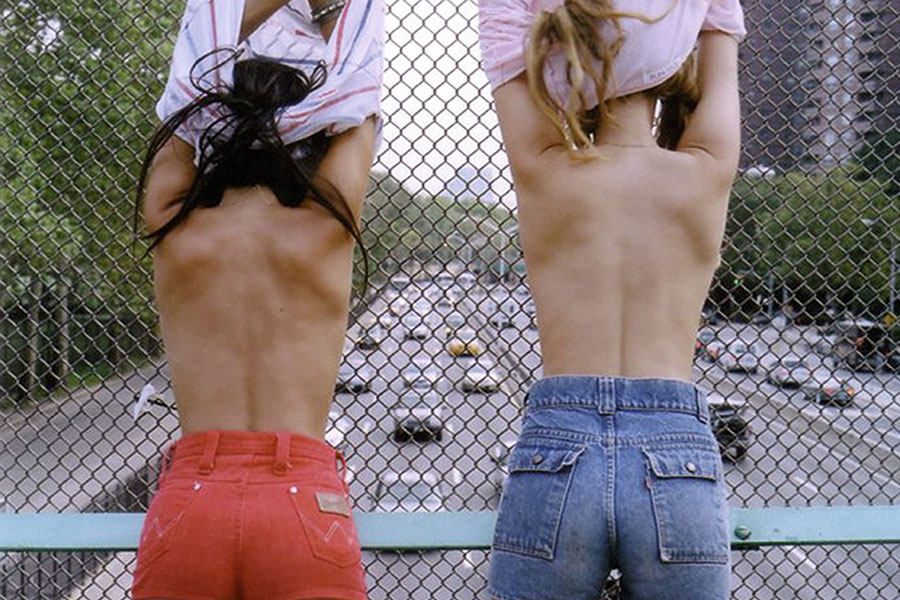 SLUTS ROCK, AS THE 2001 THE CULT FAVORITE “WET HOT AMERICAN SUMMER” SHARED WITH US. Words of wisdom, but us sluts already knew that. Fourteen years later, we have finally entered an era where slut shaming is considered a crime worse that acting like a slut. As Vogue columnist and founder of the sex positive blog Slutever, Karley Sciortino defines the word, a “slut” is simply a “sexually successful” person. Perhaps the most socially shocking aspect of her definition is that she uses the word “person” rather than “woman.” The most popular definition of “slut” on Urban Dictionary is “a woman with the morals of a man.” Sciortino isn’t the only feminist working to debunk such sexist labels, and “slut” certainly isn’t the only word that needs a makeover. A few other candidates include: “whore,” “crazy,” “bitch,” and “cunt,” but for the sake of this article let’s set the lens to focus on “slut” – considerably the most virulent of the batch. Sluts rock for many reasons, but namely because they have sex when they want it, how they want it, and they enjoy and feel empowered doing so. The frequency in which or number of partners with which they do it is nobody else’s business.

For an emerging generation of feminists, such labels are becoming re-appropriated as women who were once on the receiving end of the insult chain take them back as their own. Kristen Korvette is the founder and “editrix-in-chief” of the feminist blog Slutist, as well as a freelance writer, curator, and lecturer at The New School. Slutist was formed after Korvette was inspired by the first SlutWalk in Toronto in 2011. She was also called to action in 2012 after the public slut shaming of attorney and women’s rights activist Sandra Fluke, after the lawyer spoke out at a Congressional hearing on birth control. (You may recall Fluke was called a “slut” and “prostitute” by Rush Limbaugh for her support of women’s access to birth control). “As someone who has experienced pushback from both friends, family and strangers for my sexual expression, but who also felt largely left out by mainstream feminist discourse, I decided it was the right time to tackle sex positive feminism in a digital venue from the perspectives of (mostly) artists, so we could talk about issues and ideas that intrigue, frustrate, inspire and affect us,” explains Korvette.

Slutist’s mission is to fight stigma and remove shame from both personal and political discussions around female sexuality and sexual identity. Shame is a toxic emotional state that can lead to self-loathing and depression, and differs from guilt in that you do not actually have to have done anything wrong to experience it. It is commonly undeserved. “Contrary to what some might infer from the name, our goal is not really to reclaim the word slut,” says Korvette. “I personally think the term can be used mindfully and subversively to call attention to destructive discourses about female sexuality, but I’m not for throwing it around carelessly just to be scandalous. I recognize that the word affects every woman differently, so I am in no way advocating a singular position about the ‘s-word.’ There has to be nuance, above all else. That said, I savor anyone taking it back in their own way.” Korvette, like many activists, is not demanding women begin casually using the word in their own vocabulary or turning it into a compliment, but for a peaceful disarming of it’s destructive core. In its own way, Slutist is one organization fighting an antiquated patriarchal cultural mindset. “‘Slut’ is often used as a label to punish women for taking up too much space, for asking for too much, for behaving as if they were men when it comes to sex and sexuality,” says Korvette. “In that sense, ‘slutism’ would be owning your sexuality and getting what you desire without shame. ‘Slutist’ is a declaration of identity in that sense; it’s embracing the ‘yes’ of sex and desire, whatever that means for you.”

When asked if she had ever been labeled herself, Korvette replied, “Absolutely. I hung out in the fetish/goth scene in high school and found my approach to sexuality hit a nerve with some people in my family and friends circle. I was never bullied the way many women are, although I have been sexually assaulted multiple times for being perceived to ‘want it,’” she explained. “Some men assume that a woman being sexually open and living without shame somehow means she’s giving her automatic consent for whatever, which is absolutely not true.” She hopes that Slutist can inject some thoughtful and fun contributions to contemporary sex- positive feminist dialogue, through features such as their “Slut of the Month” column, which profiles women of diverse backgrounds to answer questions regarding sexuality and how they feel about the word. “We aren’t out to make ‘slut’ a household word, but we are out to make you think twice before you make assumptions about a woman’s sexuality or judge her sexual expression,” says Korvette. “It’s a feature with the message that’s basically saying, if everyone is a ‘slut’ then no one is a ‘slut.’”

“Think twice” is some good advice. Due to bullying beyond rational comprehension, strings of sexual assault survivors’ lives are quite literally at stake such as seventeen-year-old Rehtaeh Parsons who hung herself as a result of horrific online bullying when photos of her gang rape emerged. This particularly evil strain of slut shaming led another woman, Emily Lindin, to create a film based on the success of her already thriving website, The UnSlut Project. UnSlut: A Documentary Film speaks to family and friends of Parsons (among others). The UnSlut Project began two years ago, when Lindin decided to post her middle school diaries online. “I had heard too many stories of girls who had decided to take their own lives after being labeled a ‘slut’ by their classmates,and since I went through something similar beginning at age eleven, I felt compelled to do something,” she says. “I had kept really detailed diaries throughout the years I was sexually bullied, and posting them online seemed like it would be a new way to reach girls who needed to know they weren’t alone, while at the same time providing a first-person, unfiltered perspective of a girl going through sexual bullying for adults who might have forgotten just how overwhelming that experience can be.” Since then, The UnSlut Project has grown into a supportive, collaborative space where people can share their own experiences with sexual bullying and slut shaming. The UnSlut Project is selling t-shirts that read “Define Slut,” allowing the wearer to reclaim the word in a very direct and personal manner, and force all those who glance at their chest to think about what the word really means. It makes sense that the women on the frontier of reclaiming, reworking, and rewriting these harmful labels are doing it through writing, film, or fine art. Artists are born with an inherent bravery coupled with introspective qualities that often compels them to question and comment on such negative stereotypes.

Going with Sciortino’s definition that all the word “slut” means is a sexually successful person: what is it about that quality in women that is so heinous that it’s become the weapon of choice for bullying, be it online or in classrooms? Along with their effort to take back the word “slut,” all the women featured in this article have something in common – they are powerful, successful, and beautiful crusaders of societal change. Perhaps what is so threatening about “sluts” isn’t their sexual actions or ownership of it, or even their sexual power – it’s that beyond sexuality, these women are comfortable in their own skin. The bullies have succeeded; their verbal attacks became burned into their memory. Yet rather than shrink and make themselves small, they transformed the cruelty into popular blogs, exhibited art, and documentary films. So, it would appear that these so-called sluts are successful, period.