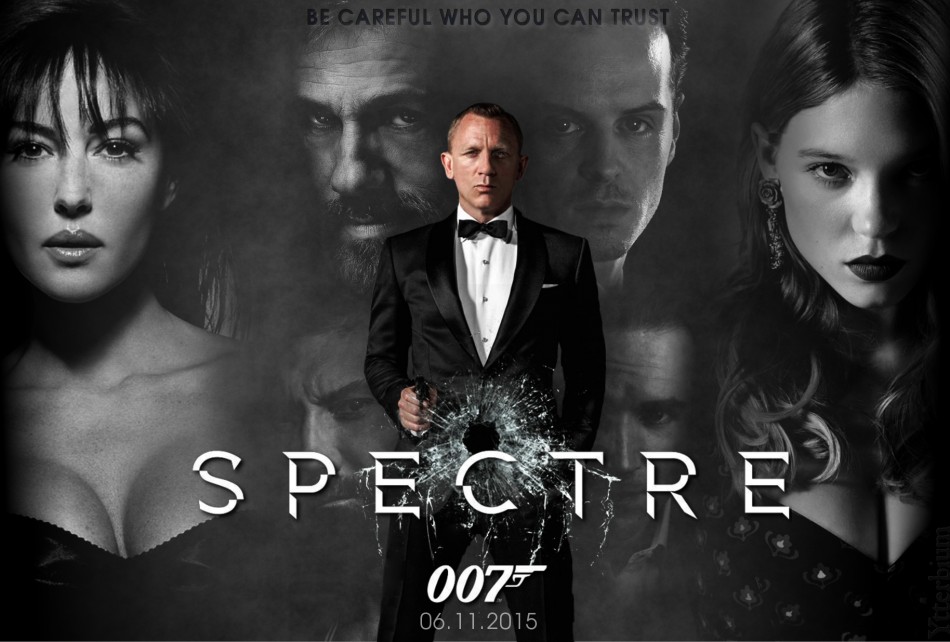 Daniel Craig returns for his fourth performance as the world famous MI6 agent and all together ladies man, James Bond. After a cryptic message from the past sends James on a rogue mission to Mexico City and eventually Rome, the 00 agent ventures towards the heart of SPECTRE, a global crime syndicate and terrorist organization. Meanwhile, Bond’s superiors are caught in a seemingly endless battle with political forces to keep the secret service alive. 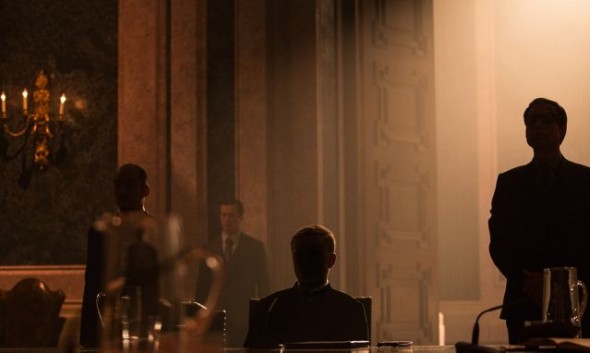 Returning cast members include Ralph Fiennes (Schindler’s List, The Grand Budapest Hotel) as Gareth Mallroy, the head of MI6 who Bond is often at respectful odds with and better known by his code-name, M, Naomi Harris as Eve Moneypenny, a former agent who left the field to become M’s assistant, and Ben Whishaw as Q, the head of research and development division for the British Secret Service and Bond’s supplier of high-tech gadgets.

With a screenplay by John Logan (Gladiator, Skyfall) and Neal Purvis (The World Is Not Enough, Skyfall) & Robert Wade (The World Is Not Enough, Skyfall), and based on the character of James Bond created by Ian Flemming, Spectre’s titular organization was also featured heavily in the author’s literary works and early 007 films, mainly starring Sean Connery as the eponymous British Secret Service agent. 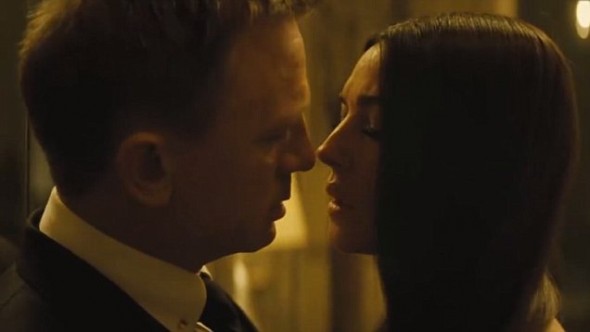 Shot on Kodak 35 mm film stock, principle photography for Spectre took place all over England, such as Pinewood Studios and Blenheim Palace, the birthplace and ancestral home of Sir Winston Churchill. Additional filming locations included Tiral, Austria, Rome and Mexico City. At the age of 50, Monica Belluci also became the oldest actress to be cast as a “Bond girl.” 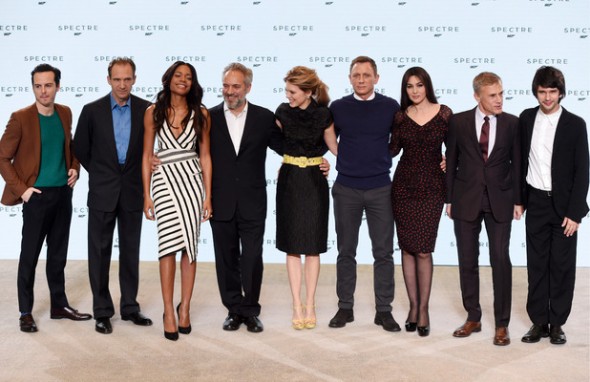 Directed by Sam Mendes, and distributed by Metro-Goldwyn-Mayar and Columbia Pictures, Spectre will be released in the United Kingdom on October 26, and in the United States on November 6, 2015.  Stay tuned for The Untitled Magazine‘s exclusive with Spectre star Naomie Harris, coming soon in the #GirlPower Issue 8.

BILLIE EILISH WILL TAKE JAMES BOND INTO THE NEW AGE