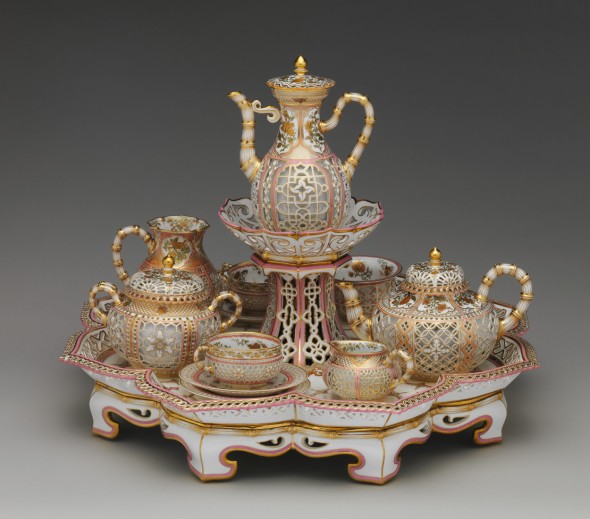 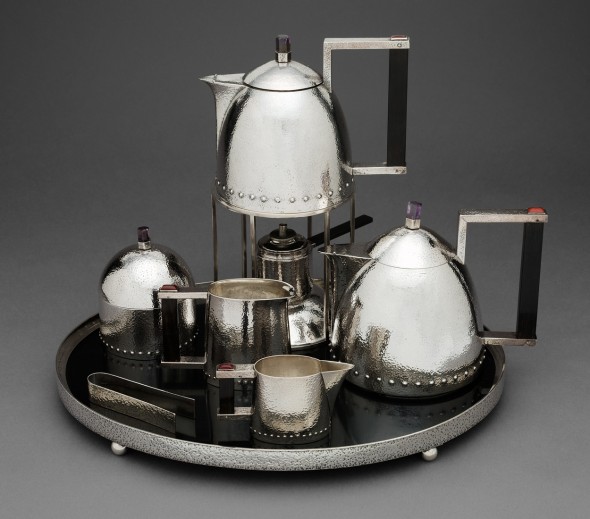 Think of the most mundane yet functional thing you can – a plate, a glass of water, an empty basket. Now infuse that mundane thing with years of memory, decades of personal history and centuries of cultural growth. Make that mundane thing an object of curiosity and a reflection of your personal convictions. Eradicate its meaninglessness simply by declaring it to have meaning.

Now put it in the Met.

Three new exhibitions at the Metropolitan Museum of Art seek to address this idea in three totally different ways, by totally different curators and directors. Yet they still manage to end up relating to each other in a way only the Met can make happen.

Plain or Fancy? Restraint and Exuberance in the Decorative Arts is both playful and analytical. The 40 works in the exhibition, taken from the museum’s own holding of European decorative arts, are arranged in the Wrightsman Gallery in order of “fanciness”, with the ceramic pieces – plates, clock, vases and the like – on one side of the room being intricate, whimsical and rooted in the aesthetic tendencies of a certain era, and those on the other side very sleek and difficult to date. The works span from the late 14th to the early 20th century.

“The challenge is not to identify quality, or to determine ‘good taste’ versus ‘bas taste,” the exhibition’s organizers stress. Instead, it is all left in the open. Even the pieces have two different description plates – one that interprets it as a “plain object” and another that interprets it as “fancy.” The end goal is discussion, and the exhibition seems to go the extra mile to make sure that discussion is encouraged: There is an iPad station where visitors can submit their own views on the plainness or fanciness of a particular piece. 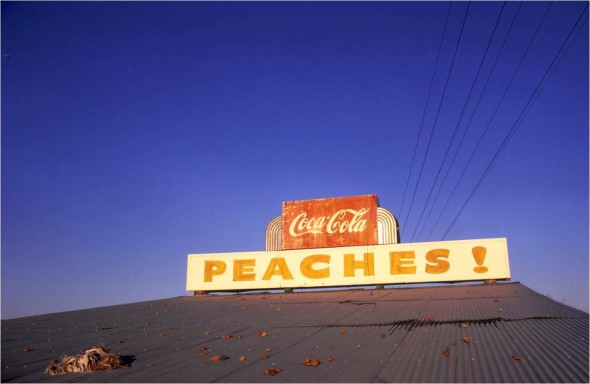 Photographer William Eggleston is described by the organizers of the second exhibition, At War with the Obvious: Photographs by William Eggleston, as “modern color photography’s greatest exemplar.” Sure enough, Eggleston’s work with the dye transfer technique of color photography – a technique now virtually gone from contemporary photography – has helped give rise to the most visually stunning images of tremendously commonplace aspects of his life in the Mississippi delta region.

The 36 photographs occupy an intimate space, accented by quotes by Eggleston reflecting his personal view of what his own photography meant. “People always know when something was taken, where it was taken, and, God knows, why it is taken. It gets really ridiculous. I mean, they’re right there, whatever they are.” 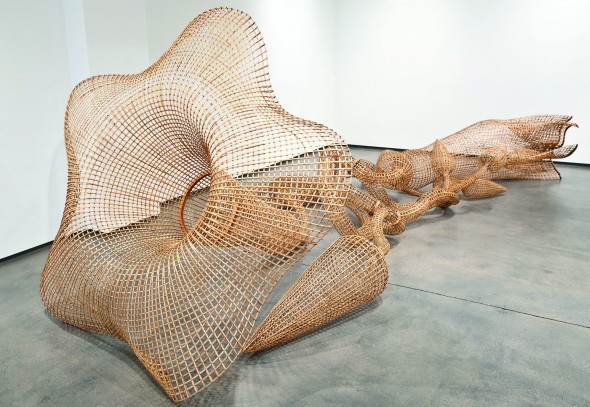 Rounding out these exhibitions is a contemporary nod to craftsmanship turned sculpture. Sopheap Pich is a Cambodian sculptor with the honor of being the first living Southeast Asian artist with work featured at the Met.

Occupying three separate spaces with different personalities in the museum’s Asian wing, the greatly personal and fanciful forms of Cambodian Rattan: The Scultpures of Sopheap Pich are constructed from rattan and bamboo, “constructing and weaving organic and plant forms which are both solid and ethereal.” These materials, ubiquitous in Southeast Asian daily life, take forms inspired by the human anatomy (he had originally planned on being a doctor) as well as Cambodian Buddhist motifs.

“He speaks candidly, often movingly, of his life experiences, many as a child in Khmer Rouge-governed Kampuchea in the later 1970s,” the exhibit’s organizers say. “Much of the imagery he employs is culturally specific and infused with memories, past and present.” The exhibition is presented as part of the New York-wide Season of Cambodia this spring.

It seems that spring at the Met is set to be a season of introspection and intimacy, and if there’s anything these exhibitions prove right off the bat, it’s that these two things can found in the simplest of places.