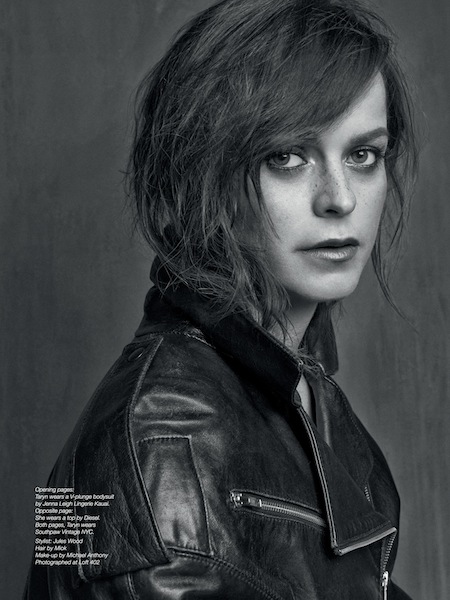 Taryn Manning: Photography by Gavin Bond for The Untitled Magazine

Taryn Manning may be known by many as an actress, but the multifaceted star has many sides to her beloved personality, and her passion for music reigns supreme. “I grew up doing music with my dad; he was a musician… I was very much surrounded by music, not by acting. I watched films, but my upbringing was totally music-oriented.” It wasn’t until she and her brother, Kellin, came to create their alternative pop-rock band Boomkat that the mutual passion for music really began to develop. “He was just all about music and he was just my hero,” she says. “So anything he did, I wanted to do, and we formed Boomkat.”

The actress/musician plans to spend 2014 working on her music, and has already been cast as the lead in the upcoming teen drama Light Beneath Our Feet. For Manning, however, the most exciting thing to look forward to is the gift she gets every time she takes on a new project: “the ability to express myself freely,” she says.

Untitled Magazine: How did you get started in film and television? How long have you been acting?

Taryn Manning: It’s been a long road. I grew up dancing and went to a performing arts high school. My mother would drive me to acting lessons, from San Diego up to Burbank every Wednesday – Kirsten Dunst and Lee Lee Sobieski were also in the class. I was offered a full ride to Julliard for dance but decided at 18 to move to Hollywood instead. I started hitting the ground like most do with extra work – the grind in order to get the golden ticket, SAG card. I started auditioning and never gave up, you have to have thick skin and learn to love the word “no”, each “no” just gets you closer to that one “yes,” and eventually you do get there.

UM: Do you remember the first time you were cast in a role?

UM: What was your breakthrough moment?

TM: I don’t know if I’ve ever had a “breakthrough” moment, I’ve been grateful and have had some rad opportunities to play some interesting characters. I would say before Orange is the New Black most people recognized me from the film Hustle & Flow, 8-Mile or Crossroads. I have always been a working actor and I work very hard and commit full on to each role I am graced with.

UM: Who is your favorite contemporary actor or actress?

TM: I love Charlize Theron, her work in Monster was epic and blew me away. I recently saw Dallas Buyers Club and have a new level respect for Matthew McConaughey and Jared Leto. Both were phenomenal and the dedication they have to their craft is evident in that film.

UM: Who do you consider inspirational person in the film industry?

TM: There are so many, too many to name. I appreciate an actor who isn’t afraid to just go for it, that’s why I love Charlize Theron in Monster. She is this beautiful woman, but in Monster we saw past the beauty and saw that she is more than that, she’s an amazingly talented actor.

UM: If you weren’t acting what would you do?

TM: Hands down full on with my music.

TM: Each role comes with a new set of challenges, but I enjoy taking them on. I don’t know if any have been difficult per se, I mean Pennsatucky is difficult in the sense that she is the complete opposite of who I am as a person. I have used the method approach with this character and sometimes it is hard to leave the character at work, there have been times I have brought her home with me. Ha. I just get weird with it, so much so that cast mates have told me that their friends have asked if I am really just a nutcase like the character.

UM: Did you ever have a have a mentor?

TM: My mom has been my greatest mentor. She has taught me strength and the value of hard work. My brother, Kellin and my father are both my mentors when it comes to music.

UM: Do you have a personal motto or words of wisdom you live by?

TM: My mom always said, ‘Luck is when opportunity meets preparation” I agree and live by those words. Also ” keep it simple, keep it clear, but most of all be sincere”. I apply it to every performance and try to find sincerity in every character.

UM: How did you get into character for your role on Orange is the New Black?

TM: I did a lot of research. I love studying religions, and learning so I was able to look at religious fanatics, specifically Christian fanatics for this role. I read the Bible. It was important to me that I understood when a Christian or someone with that level of devotion speaks, it just comes right out with no hesitation. I wanted to have that flow. I did a lot of research and it’s probably one of the most challenging roles that I’ve done. I also looked at notorious criminals that were women throughout history — I watched a lot of documentaries and YouTube videos. One thing that I took a lot from was footage of serial killer Aileen Wuornos, whom the film Monster was based around, speech before heading off to be executed.

UM: You are known for some of your cutting edge, raw roles as an actress – what draws you to these characters?

TM: The challenge of getting into the psyche of each character. Bringing some humanity to an otherwise troubled soul. I’ve always welcomed a challenge and each role teaches me a bit about myself and what I am capable of as an actor.

UM: What has been the craziest moment of your career so far?

TM: Ha, every day seems like the craziest moment. I mean the ups and downs of the business come with a lot of crazy moments, good and bad.

UM: You have crossed over from film to music and tv – what do you prefer and why?

UM: Tell us about your band, when did you start performing?

TM: I grew up doing music and my dad; he was a musician. He was always making me sing. I’d go to all of his performances in the summertime and actually be sitting in the bars and in the clubs on a barstool, waiting for him to get done off work. I was very much surrounded by music, no acting. I watched films, but my upbringing was totally music-oriented. And my brother [Kellin, who is one-half of the group Boomkat] too, he was just all about music and he was just my hero. So anything he did, I wanted to do, so we formed Boomkat.

UM: What inspires your songwriting?

UM: How would you describe your sound as a musician?

TM: I’ve been told my voice is a mix between Gwen Stefani and Macy Grey. I do pop music. Sometimes people think it means something they’re not too fond of, but pop only means “popular.”

UM: How does your music tie in with your identity as an actress?

TM: I would love to score a film one day, and honestly hope I get that opportunity. I love when I am able to tie in music with my acting. With 8-Mile we (Boomkat) were on the soundtrack which was cool. I keep the two pretty separate identity wise, my music is me full on, while with acting I am playing a character. I guess there is a bit of both when it comes to on stage performance, a bit of acting…but music is my true love, it’s just me doing me. No character, just Taryn.

UM: What do you like about music versus acting?

TM: The ability to express myself freely. I love both but music is my heart and soul, it’s my passion. I love acting and am grateful for being a working actor. I enjoy taking on challenging roles that teach me about a subject that I may not have been aware of, or lets me slip into a character completely different from who I am.

UM: Do you have any favorite clothing designers?

TM: I recently met Carmen Marc Valvo who I love and he designed a dress for me, that was very special. Marc Jacobs is a favorite! On the day to day I dress very casual, I love cozy with style clothing. I had my own label for 6 years called Born Uniqorn with my friend Tara.

UM: This is our Legendary issue – what to you is the definition of “Legendary”?

TM: Anything and anyone that carries a timeless essence. People from the past that have transformed our world. A leader, a total punk rocker.

UM: Who would you consider to be a legendary artist?

UM: What are your current projects?

TM: We just finished shooting Season 2 of OITNB. In a couple of weeks I head to Chicago to start filming Light Beneath Our Feet.

UM: Upcoming projects we should look out for in 2014?

TM: Definitely going to put out new music… so be on the look out for that. The second Season of OITNB premieres on June 6th. I also hope to work more with Best Friends Animal Charity, animal rights are very dear to my heart.

For more exclusive photos of Taryn, be sure to pick up a copy of The Untitled Magazine‘s “Legendary” Issue 7 here! 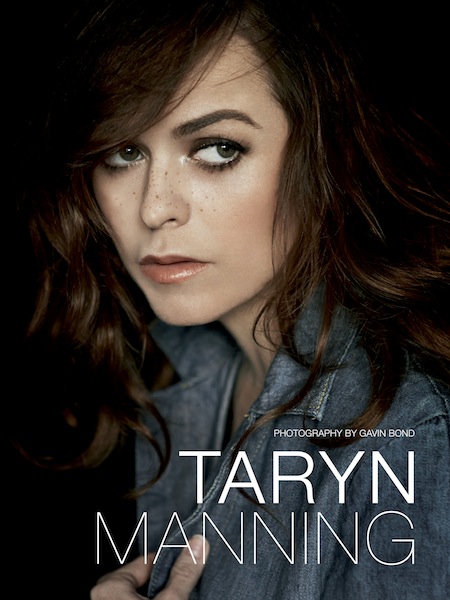