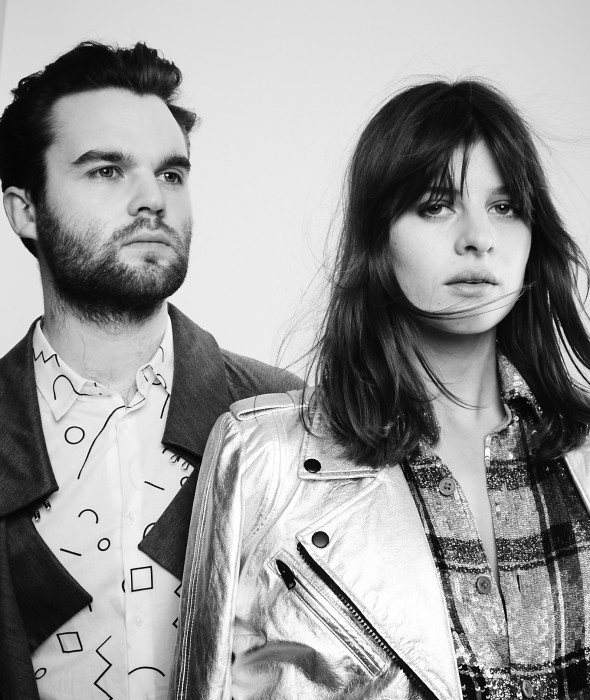 London-based band The Night VI, made up of Sophie-Rose Harper, Jack Gourlay, Bogart, Anna, Kristy, and Bo, have been compared to both Fleetwood Mac and London Grammar. To receive such a comparison means only one thing: they’re superiorly talented. The half-French, half-English band rose in popularity after receiving the coveted position of the voice of Burberry‘s Spark Sunglasses campaign in 2013, and they haven’t stopped since. Lead singer Sophie-Rose and lead guitarist Jack sat down for an exclusive interview with The Untitled Magazine, where they discussed the future of the band, current projects, and much more. Check out our Q&A with the band below:

The Untitled Magazine: The band is part French, part English, how did you all find one another?

Sophie-Rose: Anna, Bogart and myself met whilst at the French Lycée in South Kensington. Collectively we found each other gradually through the London music scene in about 2011.

UM: Do you all live in the UK?

SR: Yes we all currently live in London.

UM: How long have all of you been serious with making music?

Jack: Collectively we’ve been together for about 3 years and its always been serious!

UM: What is the creative process like with six people?

Jack: Long. We have 5 instruments and 5 vocals to incorporate so we break it up in order to give every element its due attention. Sophie & I write the songs and I produce a demo to represent what we have in mind, if the rest of the band are into it we meet up usually Bo (drummer) Bogart (Bass) and myself (Guitar) to get the core rhythm section working. I tend to then meet with the girls, Anna (Harp) Kristy (Vocals and Keys) and Sophie and look at strings, harmonies and additional parts. We then bring the whole thing together and usually its a complete car crash for about an hour before starting to take shape, there’s then a lot of refining and polishing until it starts to feel and sound like The Night VI. 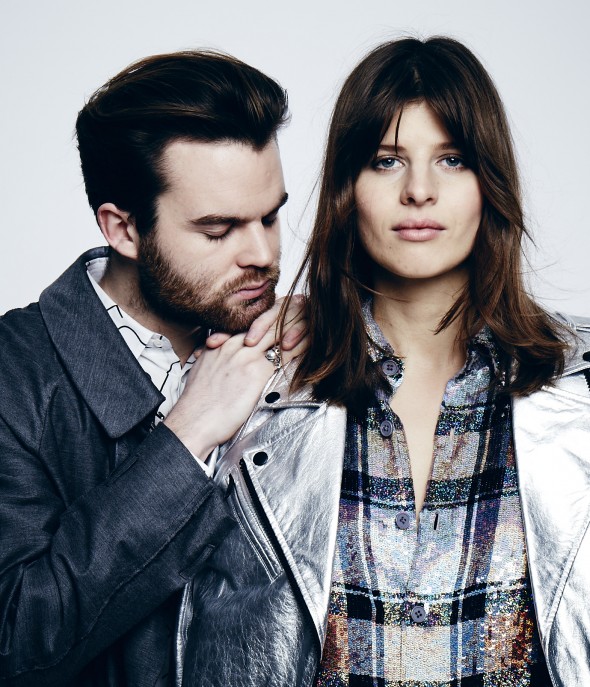 UM: What’s the biggest obstacle you’ve found with being a six-member band?

SR: The simple stuff…organising rehearsals is a nightmare!

UM: Do you find that having two different cultural backgrounds helps fuel the creative process?

Jack: The French are certainly known for their black and white no-nonsense approach to tact, quite how that impacts the VI of us I wouldn’t dare share.

UM: How does it influence your sound and the aesthetic of your music?

SR: I would say it influences the aesthetic more than the sound. Anna who is French-Columbian is the art director and her artwork and visual identity certainly draws from her culture.

UM: Who are your musical influences?

UM: Tell us about your recent debut EP, “Still Thinking of You.” What was the inspiration for that?

SR: Each of the 4 tracks were inspired by different experiences. As a collection there are themes of heartache, family, infidelity & escapism.

UM: You filmed the music video for “Thinking of You” at Tintern Abbey, which is such a beautiful set location! How’d you decide to film the video for that song there?

SR: The video concept came from up and coming Director Claire Kurylowski. The abbey was very central to her concept for the video and we loved it.

UM: Your music has been described as “melancholic” and “romantic.” What do those words mean to you in relation to your songs?

Jack: Sophie can be too romantic for her own good and I can be likewise melancholy. Those are traits that we both bring to the room when we write so I imagine they’ll always be present in the work that we do together.

UM: Your songs are deeply personal. What do you hope your music will do, or be, for your listeners?

SR: I’ve always loved music I can relate to. I simply hope anyone who’s hears us can take something away from it in the same way. 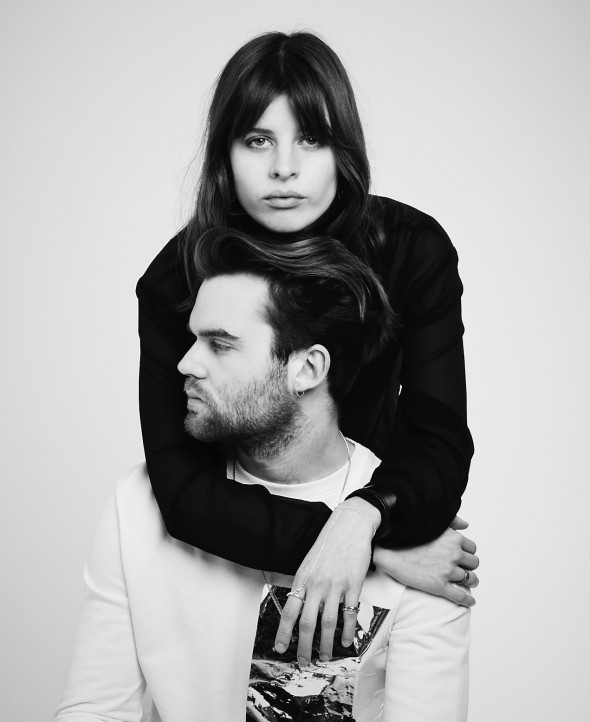 UM: What were you doing before coming together as The Night VI?

Jack: Writing about ‘Russia 1800-1900’ as part of an utterly pointless History degree.

UM: If you weren’t pursuing music, what would you be doing instead?

Jack: I’d probably be dead or in jail.

UM: How did you get involved with Burberry for their Spark sunglasses campaign?

Jack: Christopher Bailey approached us having heard our track ‘Strangers’ and after hearing our EP chose to launch the campaign around ‘Skyline’ which was incredible.

UM: Everything’s really new right now, in terms of the band and its exposure. What are you hoping will come out of The Night VI?

SR: A lot of touring and debauchery.

UM: Given the opportunity, what artists would you want work with?

SR: I would Love to write with Damon Albarn.

Jack: I’d like to work with Pharrell, he keeps winning everything and I’d be very intrigued to see what he’s like in the studio.

UM: What’s the next step for The Night VI? Are there any exciting major projects you’re working on?

SR: We are releasing our 3rd single ‘Heroine’ on Duly Noted Records. We’re really proud of this one and will be touring it in October.

UM: When can we expect a full-length album from The Night VI?

Jack: We have at least 4 albums worth of material which we intend to unleash gradually and when the time is right.

UM: Do you have any plans on visiting and performing in the U.S. in the near future?

SR: KCRW Radio have supported us in LA and with enough of that kind of love we hope to head over their in the near future.

Jack: Recently we had the pleasure of supporting Paulo Nutini, we hope to do more shows with him later in the year. 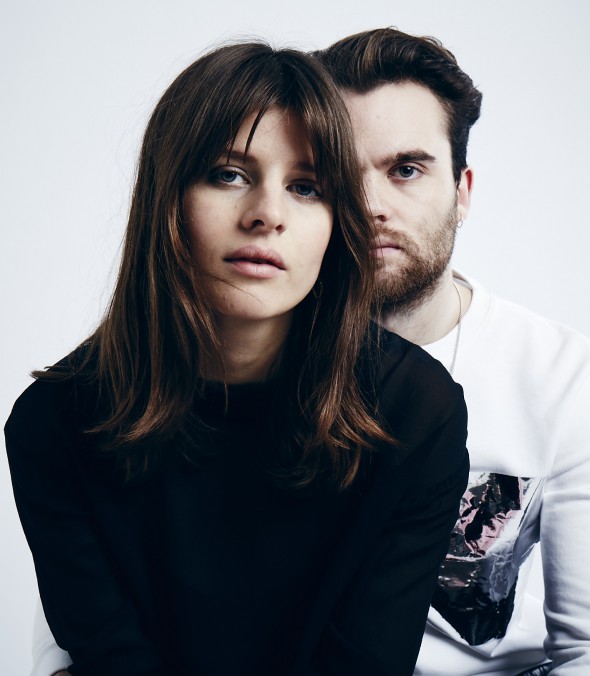 COMEDIAN ANASTASIA WASHINGTON ON USING HUMOR AS A FORM OF ACTIVISM