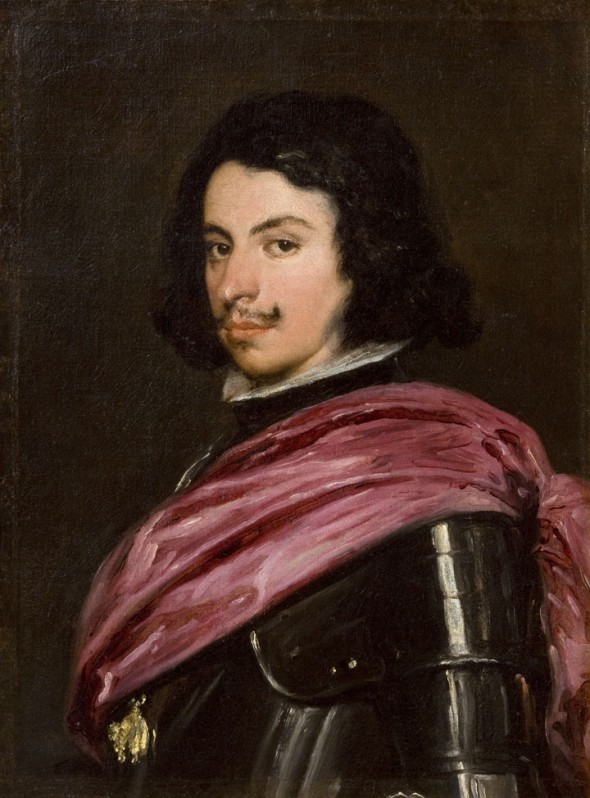 Velázquez’s Portrait of Duke Francesco I d’Este: A Masterpiece from the Galleria Estense, Modena

Velázquez’s Portrait of Duke Francesco I d’Este, one of the great portraits of the 17th century from one of the most prestigious regional museums in Italy, will be on view at The Metropolitan Museum of Art from April 16 through July 14. This special loan, which has never before traveled to the United States, will also coincide with and celebrate the May opening of the Metropolitan Museum’s renovated New European Paintings Galleries, 1250–1800. The painting is temporarily leaving its home during the closure of the Galleria Estense in Modena due to damages sustained during the severe earthquake in the Emilia Romagna region in May 2012.

The exhibition, Velázquez’s Portrait of Duke Francesco I d’Este: A Masterpiece from the Galleria Estense, Modena, is organized by The Metropolitan Museum of Art in collaboration with the Soprintendenza per i Beni Storici, Artistici ed Etnoantropologici di Modena e Reggio Emilia and the Galleria Estense.

Support is provided by the Consulate General of Italy in New York and Ferrero USA Inc. as part of the 2013 Year of Italian Culture in the United States, an initiative held under the auspices of the President of the Italian Republic, organized by the Ministry of Foreign Affairs and the Embassy of Italy in Washington with the support of the Corporate Ambassadors Eni and Intesa Sanpaolo.

Diego Velázquez’s depiction of Francesco I d’Este (1610–58), the Duke of Modena, is one of the artist’s most distinctive portraits. Authoritative and sophisticated, the Duke of Modena appears in Velázquez’s portrait as the quintessential 17th-century ruler and aristocrat. Painted while the duke was visiting Madrid in 1638 to secure the support of King Philip IV, the work conveys the duke’s air of arrogance and sensuality, and is a high watermark in the history of baroque portraiture, while also illustrating the importance of Velázquez’s portraits to Spanish diplomacy.

Francesco I d’Este became Duke of Modena and Reggio Emilia in 1629 and his rule was shaped by the Thirty Years’ War (1618-48). Caught between France and Spain and those countries’ interests in the Italian peninsula, he tried to steer his small state effectively through the perilous waters of international politics. In the fall of 1638, Francesco traveled to Spain, trying to forge a stronger alliance with King Philip IV and to garner financial support for Modena. Philip IV was keen to please and impress his Italian ally, and upon his arrival in Madrid, Francesco was given quarters in the new royal residence of the Buen Retiro, where he could admire some of the king’s extraordinary art collections. Philip appointed him Viceroy of Catalonia, Admiral of the Fleet, and a member of the Council of State. The king then bestowed on Francesco the most prestigious honor in Spain, the order of the Golden Fleece.

While the duke was in Spain, the king’s court artist, Diego Rodriguez de Silva y Velázquez (1599–1660), painted his portrait. Originally from Seville, Velázquez had moved to Madrid in 1622 and worked for the royal court. Over the years, he produced magnificent portraits of the king and members of the royal family. Philip commissioned an equestrian portrait of the duke and, while the large portrait was never finished, Velázquez must have completed the head of the duke soon after he was given the Golden Fleece—which Francesco sports in the painting. The portrait, therefore, must date between October 24 and November 4, 1638, when the duke left to return to Italy. This work may have been preparatory for the equestrian portrait and could have been brought back to Italy by Francesco.  In 1843 the painting was acquired by the Galleria Estense in Modena, Italy.