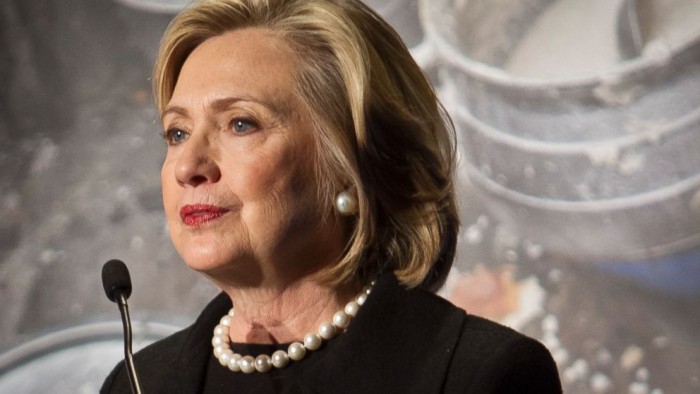 It’s official – Hillary Clinton will run for president for the second time since 2008. In an email from her campaign chairman on Sunday, April 12, Clinton announced that she will be a candidate for the Democratic nomination for presidency in 2016. With her announcement, she immediately comes to the top of the contenders for the Democratic Nomination, unlike her 2008 run, where she had a much publicized and hard-fought battle with Barack Obama for the nomination. She supported his candidacy after he was nominated, and he went on to become the first African-American president of the United States. Because Hillary has retained so many supporters from her previous run for Democratic nominee, she is likely a shoe-in for the nomination. This would be the first time a woman would be nominated by a major party.

Her continued work in the public field as Secretary of State under Obama, and with United Nations Women has kept her relevant in the current world of politics, and demonstrate that she is indeed dedicated to a life of public service. Just because she is the frontrunner, however, doesn’t mean she will have an easy time in her candidacy. Her recent email scandal, where she was accused of inappropriately using her private email for work during her time as Secretary of State, and possibly keeping information that should have been released publicly, shows the tough road she has ahead of her. It seems she must run a perfect candidacy, free of any gaffes, in order to earn her nomination. She has also been portrayed as power-hungry in conservative media, as well as on some Saturday Night Live skits. Women often find themselves having to adhere to a perfect standard in their professional life, so it will be a great inspiration to see Clinton overcome these attempts to disparage her credibility as a politician.

Whether you are a Democrat, Republican, Independent, Libertarian, or anything else that’s cropping up now in the underground political breeding ground, you have to admit it is exciting that a woman is being taken seriously as a candidate for president. The battle Hillary is fighting is two-fold. One is for women’s place in politics, and it is a battle she is definitely winning by making a woman president possible – and even probable. The second is a political battle for the issues – and that’s what she will be focusing on now. So it would do her credit to check out her platform to see if you agree or not, and that way, you won’t be voting on whether or not she is a woman, but on the important issues she represents. Because when being a woman in politics stops being news, that is when women have won.