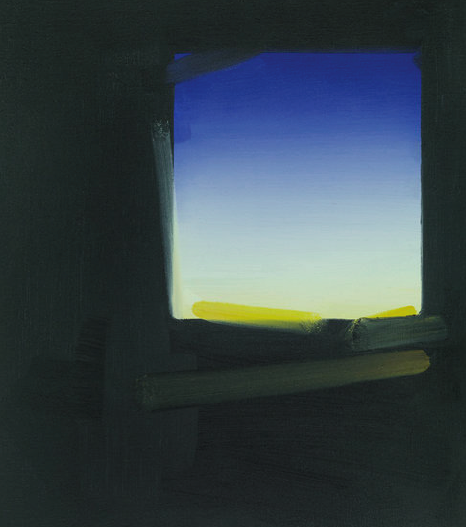 For his second solo exhibition in London, Michael van Ofen has created a new body of oils premised on paintings from the Nineteenth Century. Using these works as his ‘found objects’, he dissects the remains of a practice that was poised between the invention of photography and the advent of Modernism. Through his unique visual language of considered, precisely-sculpted brushstrokes, Van Ofen knowingly uses the limitations of these ‘objects’ as starting points for his own meticulous reinvention.

Van Ofen’s paintings are constructed through a wet-on-wet technique, allowing for constant re-working on the canvas and giving them a translucency that lends his subjects a candescent aura. He rejects the gestural or fetishistic approaches of modernist mark making for a more inquisitive approach, in which he revisits historical devices – ranging from genre clichés to sombre palettes and dramatic compositions – to create powerful, stripped-down paintings, in a completely new context. This conceptual reexamining, not reproducing, liberates Van Ofen to “bypass time and build my own historical off-track to come to something new, beautiful, and contemporary.”

Théodore Géricault’s painting, Three Trumpeters of the Polish Lancers, c.1814, provided the starting point for three of Van Ofen’s paintings made specifically for the main gallery in this exhibition. Through his radical deconstructions of Géricault’s composition, in which only certain colours and figurative elements remain, the atmosphere of the original image is exquisitely honed. Courtly tones of red and gold are emphasized and the precise curve of a red brushstroke forms the impression of a seated horseman. Van Often replaces his subjects’ trumpets with white lances, providing a sense of balance and geometry but also acting as a linear counterpoint to his more fluid brushstrokes. With these and other new works referencing paintings by two German Nineteenth Century artists – the landscape painter, Carl Blechen and the portraitist, Franz von Lenbach – Van Ofen treats the actual content of their works with a respectful indifference: relics from a significant moment in history when painting was on the verge of imploding, but relics nonetheless. In adopting paintings themselves as vehicles for his ongoing conceptual enquiries, and carefully gleaning through the dying aspirations of representative painting, with the hindsight of what then countered it, Van Ofen paradoxically reinvigorates our fascination with the medium.