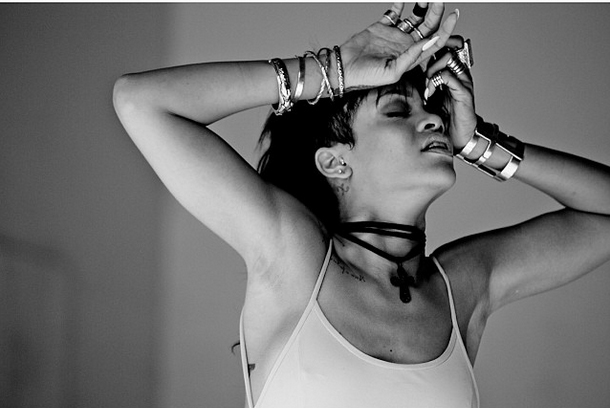 Listed as the 8th single in her Unapologetic album, Rihanna just released her ‘What Now’ video earlier today. And as promised, she is both eerie and dark compared to her last video ‘Pour it Up’ where she showed off her twerking and pole-dancing skills to another level of raunchiness. In this video, the Barbadian star tumbles around in a voluminous warehouse space, demented by her loneliness.

The video is dubbed in a goth-edgy vibe with RiRi’s deranged dance movements and shot in quick, lunatic effects. Directed by Jeff Nicholas, Jonathan Craven and Darren Craig, it paid homage to some of her past visuals such as ‘Te Amo’ and ‘Disturbia’. The eerie, tortured energy is befitting for her seventh studio album, especially with another rough year of personal hardships she’s been through. This song is a mid-tempo piano ballad and just what her fans need to connect with Riri herself.