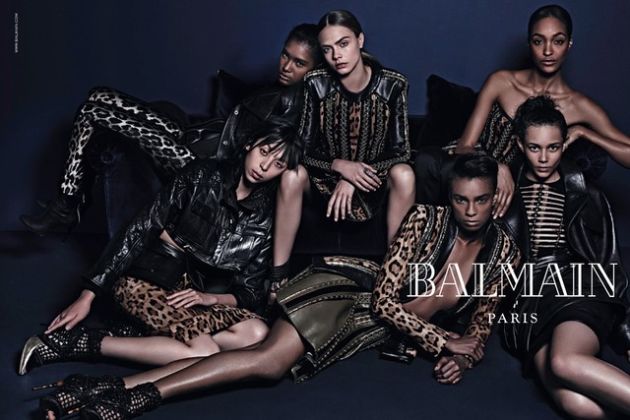 Balmain has traded Rihanna for Cara Delevingne and Jourdan Dun as the faces for their brand. The two supermodels join the likes of Binx Walton, Ysaunny Brito, Issa Lish and Kayla Scott for Balmain’s Fall/Winter 2014 ad campaign and the finished product is gorgeous. Balmain’s creative director Olivier Rousteing collaborated with stylist and art director Katie Grand and photographer Mario Sorrenti to channel the label’s safari-themed palette for Fall.

Many are surprised that Rihanna was given the boot for Cara Delevingne, as the popstar embodies the edginess and spirit of the brand. Despite this, many aren’t surprised as Cara has been taking the fashion world by storm; appearing in numerous campaigns, as well as on the covers of a plethora of magazines within the last year. The supermodel has recently made headlines for her rumored impact on the spike of sales within the makeup industry – specifically the sales of eyebrow makeup.

VIVIENNE WESTWOOD - REBEL WITH A CAUSE - LEGENDARY ISSUE 7