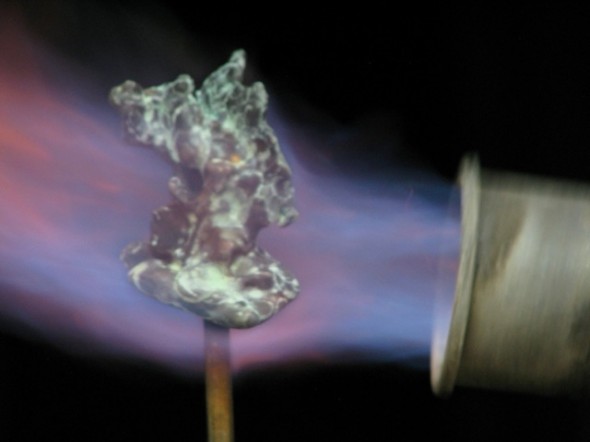 Charles Long + Agnieszka Kurant
Tanya Bonakdar Gallery
New York, NY
September 11th – October 18th, 2014
Gallery 1 – Charles Long
Up Land is a series of new bronze sculptures and pastel drawings comprising Charles Long’s tenth solo exhibition at the gallery.  Over the past two decades, Long’s practical ideas have found myriad sources in nature, social interaction, the history of art, philosophy and spirituality.  These new works stem from the artist’s thoughts about the deep past and the history of the earth, as Long ponders essential questions about the mystery of creation and in particular, how consciousness has manifested from or through the physical world.  The seven bronze sculptures in the Up Land show were made using the “lost wax” technique, a process of casting bronze that has been in use for over 5,000 years.  In this series, the artist is working directly in wax and not using molds, allowing the wax and the bronze to melt at the same time. The resulting sculptures are both abstract and figurative, with tendrils that extend out from the center and sprout small, mysterious figures, which Long refers to as “monads.”  Long is interested in the way that organisms grow in a viscous environment, how their growth describes and defines the space.  In addition, the exhibition also features abstract pastel drawings on photographs of the Los Angeles landscape tilted on its side. 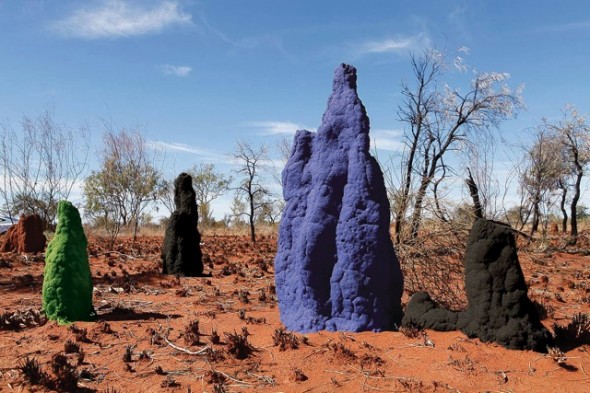 Gallery 2 – Agnieszka Kurant
Born in Lotz, Poland and now based in New York, Agnieszka Kurant has developed an exciting body of interdisciplinary work that explores the ways in which the immaterial and imaginary – such as fictions, rumors, and phantoms, influence political and economic systems of the contemporary world.  For the artist’s first solo exhibition at the gallery, Kurant weaves together the phenomena of collection intelligence, hybrid authorship, outsourced labor, and virtual capital to create a stunning presentation of installation and sculpture.  Some works in the show move or disappear magically, while others seem to have an agency of their own.  Bridging the gaps between fiction and reality, the invisible and tangible, the past and present, Kurant analyzes the shifting status of objects as they relate to complex relationships between value, authorship, distribution, and production.

Since 2004, Kurant’s work has been exhibited at museums worldwide including MoMA PS1, Palais de Tokyo, Witte de With, Tate Modern, and most notably, at the Polish Pavilion during the 2010 Venice Biennale International Architecture Exhibition.  Last November, she opened her first major exhibition in New York at Sculpture Center.  The artist is currently in a group show entitled “All that Falls” at the Palais de Tokyo in Paris, and has upcoming shows at Moderna Museet in Malmo, Sweden (group) and a solo show at Boykyrka Konsthal in Stockholm, opening in October.

0
The Untitled Magazine August 7, 2014
No Comments Yet