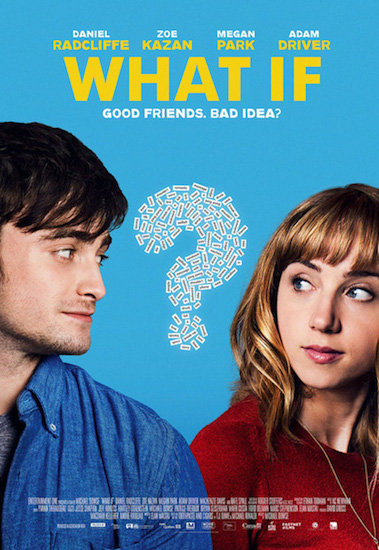 At the heart of Michael Dowse’s new indie rom-com What If is the age-old question: can men and women be friends?  Written by Elan Mastai, the film premiered at the 2013 Toronto Film Festival as The F Word, winning its writer a Canadian Screen Award (the Canadian “Oscar”) for Best Adapted Screenplay.  The film stars Daniel Radcliffe as the leading man, Zoe Kazan as his opposite, along with Adam Driver, Mackenzie Davis, Rafe Spall, and Megan Park.

The story follows Wallace (Radcliffe) and Chantry’s (Kazan) seemingly perfect friendship, which starts out as a harmless platonic relationship between two twenty-somethings who enjoy exchanging quick-witted back and forth bantering about things like how many pounds of feces were left in Elvis when he died.  Overtly cynical and quietly romantic, Wallace is the type of guy who stands at a party rearranging the word-magnets on the fridge to read “Love is stupid monkeys dancing in a slapstick hurricane.”  Having just gotten over a bad break-up, Wallace is ready to acclimate himself back in the social world, and when he meets the very lovable and charming Chantry, the cousin of his verbose best friend and college roommate, Allan (Driver), the two immediately click.  Sparks are flying everywhere until the end of the night when Chantry mention having a boyfriend of five years, Ben (Spall).  Wallace, who is a med school drop-out, is emotionally crippled by love and its “selfish” tendencies (his parents lied and cheated on one another and so did his last girlfriend).  He’s rational and considerate and lets the adorable girl he meets at the party go.  But just as all rom-coms go, the two inevitably run into each other at a showing of The Princess Bride, and because the chemistry is just too strong, they settle on being friends. 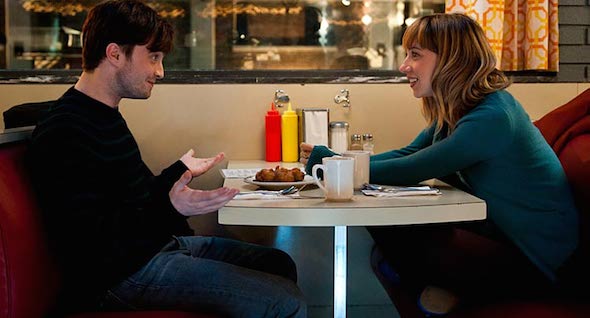 Chantry has the perfect life: perfect job, perfect boyfriend, perfect home, perfect friends.  There’s no practical reason for why she’d want anything beyond friendship with Wallace, except for the fact that they’re so alike.  Even her sister and friends joke about Wallace being her man-twin (they call him “Mantry”).  As the two spend more time together, their friendship evolves from playful banter into intimate revelations, and like Wallace, we wait for the relationship to go somewhere.  But being just friends doesn’t allow for that to happen.

Meanwhile, Wallace’s best friend Allan, prospers in his romantic life.  He meets a girl named Nicole (Davis) on the same night Wallace meets Chantry, and the two quickly fall in love with one other.  If Wallace and Chantry are the responsible couple, maintaining a friendship because of external reasons, then Allan and Nicole are the complete opposite. Their romance is much more carnal and impulsive; they’re incapable of resisting how they feel about one another. 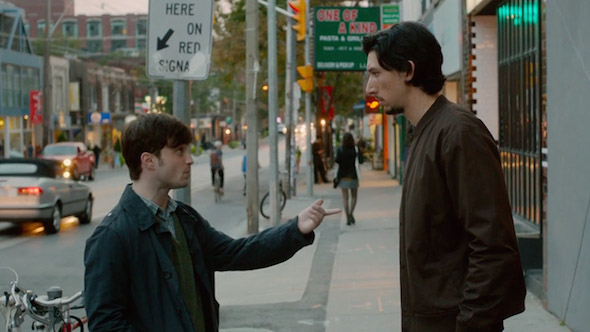 Based on T.J. Dawe and Michael Rinaldi’s short play “Toothpaste and Cigars,” What If is a hilarious and endearing portrayal of the awkward and complicated gray areas in life and relationships.  The film is full of clever and entertaining aphorisms about love and relationships, which keeps the audience laughing and engaged with its glittering cast of quirky characters.  It’s a sweet film without being overwhelmingly cheesy and predictable–a refreshing modern love story.

What If  will be available at select theaters on August 8th with a wide release August 22nd.  See the trailer for the movie below.