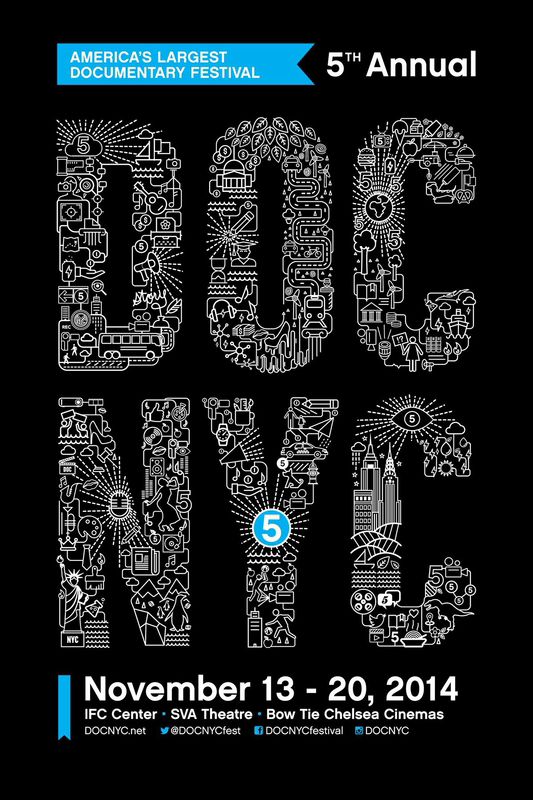 Opening night will feature the US premiere of David Thorpe’s Do I Sound Gay?, a film that follows the director on his journey to unpack the layers of cultural baggage concerning sexuality, identity and self-esteem. In other words, what does it mean to “sound gay?” The film will show as an opening gala. For the closing night gala, DOC will show the US premiere of The Yes Men Are Revolting, directed by Laura Nix and The Yes Men. Both films made their debut in September at the Toronto International Film Festival.

Notable films on the this year’s line-up include Emmy-Award winner Ric Burns’ documentary on the legendary tabloid publisher, Generoso Pope Jr., titled Enquiring Minds: The Untold Story of the Man Behind the National Enquirer; Diana Whitten’s Vessel, which follows Women on Waves, an organization using laws governing international waters to bring much-needed abortion and contraceptive services to those with no other recourse; Amy Berg’s An Open Secret, which is about the hidden exploitation of children in Hollywood; and of course, Chris Moukarbel’s Banksy Does New York, a film that follows the elusive Bansky on his residency in New York last fall.

The festival will be hosting a series of special events which include screenings of seven standout films, followed by high-profile conversations with the directors and special guests.

I Am Big Bird: The Caroll Spinney Story
Dirs: Dave LaMattina & Chad Walker, 2014, NYC Premiere Sesame Street’s Big Bird may be one of the world’s most recognizable characters, but far less familiar is Caroll Spinney, the man who has brought to life the yellow-feathered Muppet—as well as the irascible Oscar the Grouch—since 1969. In person: Dave LaMattina & Chad Walker, film subjects Caroll & Debra Spinney An

An Open Secret
Dir: Amy Berg, 2014, World Premiere Every year, thousands of children swarm Hollywood in search of fame, but what they often find under the surface is a deep and disturbing underbelly of manipulation and abuse. In person: Amy Berg Soul Boys of the

Western World
Dir: George Hencken, 2014, NYC Premiere Spandau Ballet, one of the bands that defined the 1980s, tell their own story, set against a backdrop of evocative period footage, including never-before-seen home movies. In

For more information on the event and the full program, please visit http://www.docnyc.net/.

0
The Untitled Magazine November 10, 2014
No Comments Yet