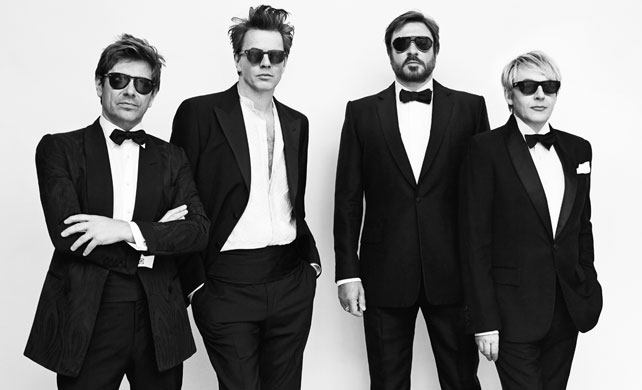 Multi-platinum superstars Duran Duran have announced that they will hit the road for an extensive North American arena and amphitheater tour next year in support of their critically acclaimed album Paper Gods. CHIC, led by guitarist Nile Rodgers, will appear as special guests on almost all of the dates with an additional support act to be announced. Rodgers served as a producer on Paper Gods and has enjoyed a long collaborative history with Duran Duran.

The Paper Gods Tour, which started in June 2015 in Europe and the UK with support performances by Seal and The Bloom Twins, will kick off in the US on March 28, 2016 in Durham, NC and will be divided into two legs. The first runs through April with shows up and down the East Coast of America into Canada, including Washington DC, Brooklyn, NY, Atlanta, Austin and Montreal. The second leg returns the band to the road stateside in July and continues through early August with shows in Las Vegas, Irvine, San Diego, Toronto and many more. Get tickets here.

Also don’t miss Nick Rhodes’ exclusive interview & photo shoots for The Untitled Magazine with Charli XCX for the Music Issue 6 and The Bloom Twins for Issue 7!

AIMEE OSBOURNE AKA ARO BEHIND THE SCENES VIDEO - THE #GIRLPOWER ISSUE