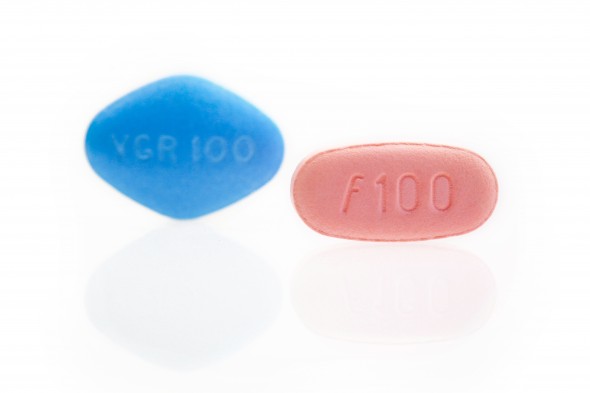 The third time’s a charm. After previously being rejected twice by the FDA, Addyi, also known by its generic name flibanserin, has been approved. A (literally) little pink pill from Sprout Pharmaceuticals –  Addyi is often referred to as “the female Viagra,” a nickname the media isn’t shying away from. Addyi is approved for premenopausal women to treat hypoactive sexual desire disorder (HSDD), categorized by a complete loss of interest in sex, to the extent that it causes distress. According to the diagnosis criteria for HSDD, the afflictive lack of sexual desire can’t be caused by another medication, such as the chemical castration can come with SSRIs. Another requirement of HSDD is that you previously experienced the sexual desire, and then lost it. So, you shouldn’t be popping Addyi to force yourself to want to bang the “nice” guy who you wish you were attracted to but simply aren’t, or to make your vagina forget that your boyfriend’s a cheating asshole. HSDD reportedly affects up to 1 in 10 women. Addyi is the first approved medication to treat a sexual desire disorder. While it’s already garnered a reputation for being a pill for ladies, it can be expected that it will be prescribed off-label for men as well.

While the nickname “the female Viagra” makes for terrific marketing and heading grabbing material, in reality there’s no such thing currently as a “female Viagra.” Viagra works by increasing blood flow – to put it simply, it treats a physical symptom. Erectile dysfunction medications send blood directly to the penis, which explains why the drug was originally studied as a high blood pressure medication. A stiff penis simply happened to be a side effect that the researchers found quite glorious (and profitable). Unlike Viagra, Addyi works in the brain – completely different mechanisms than its famed blue forefather. In fact, flibanserin was originally studied as an antidepressant. The makers at the time noticed that instead of clipping libido as SSRI antidepressants are notorious for, it actually made women hornier. Like an antidepressant, you take Addyi even day, unlike Viagra which is popped just when men are about to (or hoping to) have sex.

Sprout Pharmaceuticals is a small underdog of a pharmaceutical company based in Raleigh, NC, with a reported 34 employees. They took over Flibanserin, their sole drug, after the giant Boehringer Ingleheim passed on it in 2010 after the FDA initially rejected it for unsubstantial results. It was rejected again under Sprout in 2013 until the recent August 18, 2015 win. And now, just days after the approval, Sprout is being acquired for $1 billion by Valeant Pharmaceuticals International Inc. According to Cindy Whitehead, the chief executive of Sprout, Addyi will be available starting Oct. 17. You aren’t supposed to drink while taking Addyi, and the side effects range from dizziness to insomnia and dry mouth.

Already some people are freaking out about the FDA’s decision, arguing that approving Addyi is “pathologizing” a woman’s disinterest in sex, or arguing that its success rate isn’t worth the side effects, the reasoning given by the FDA during it’s first two rejections. (In three randomized double-blind trials, it was found that women who took Addyi had between one-half to one additional “satisfying sexual event” a month on average than women who took a placebo.) During flibanserin’s time on the battle front, women’s group’s such as the National Organization for Women argued that it was sexism responsible for the repeated rejections, our culture placing an importance on men’s sexual satisfaction yet ignoring women’s. It seems that when it comes to treating female sexual dysfunction, we can’t win. The debate has ranged from accusing the FDA and our patriarchal culture of ignoring women’s right to an orgasm in an act of sexism, to concerns of trying to drug women into wet and eager sexpots when the truth is, they’re just not that into you. There are indeed many unanswered questions about the drug that should be taken seriously. Is adding a pink pop of pharmaceuticals to your breakfast each morning worth it for better sex? Does it even work? Yet another question: Did the 1,453 other drugs the FDA has approved since December of 2013 come with such controversy? It would appear not. Like the man who talks to his doctor about Viagra, let’s allow the choice to try Addyi stay between the patient, their doctor, and their partner.