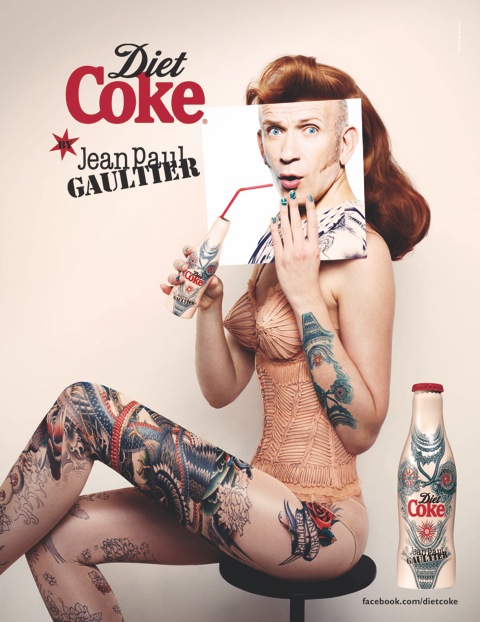 In early 2012 Coca-Cola light / Diet Coke appointed the world-renowned fashion designer as the brand’s Creative Director. As part of his role the designer has taken his unique, signature style and harnessed his fun and light-hearted attitude, to create an iconic bottle collection for ‘Coca-Cola light / Diet Coke. To date Jean Paul Gaultier has brought his creative flair and fashion prowess to two limited edition show-stopping bottles ‘Night & Day’ and now, adds to the collection with his third bottle ‘Tattoo”.

‘Tattoo’ showcases Jean Paul Gaultier’s passion for body art and dresses the bottle head to toe in iconic designs reminiscent of his past catwalk collections. The bottle is a must have for fashionistas and Coca-Cola light / Diet Coke fans have been eagerly awaiting the launch after witnessing a number of sneaky peeks in Jean Paul Gaultier’s online content, short films and ad campaign across Europe.

The, ‘Night’ bottle has a sexy Rock Chick edge with a corset style and iconic cone bra design. The provocative bottle is perfect for after dark – the lace and fishnet design highlights the female-like silhouette of the iconic bottle shape and adds a never-before-seen edginess to the Coca-Cola light limited edition collection. The ‘Day’ bottle is inspired by Jean Paul Gaultier’s signature Breton stripes and captures his fun attitude. The iconic nautical-themed blue and white design showcases a stylish romantic everyday look. 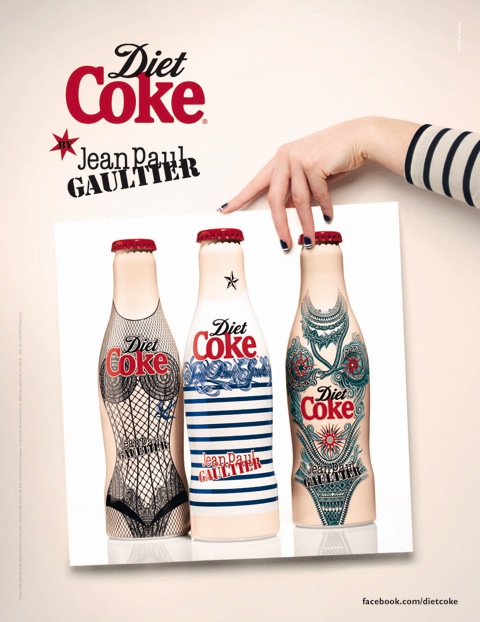 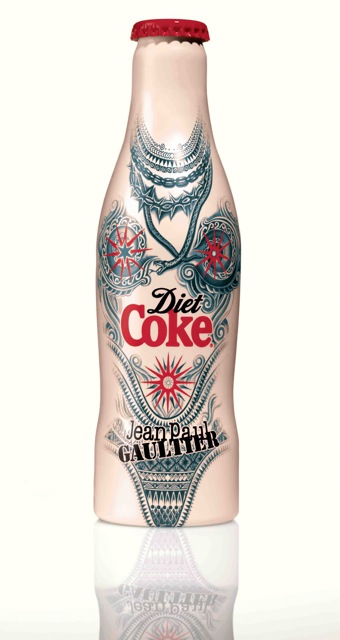 “Tattoo” is available across nine European countries from June.