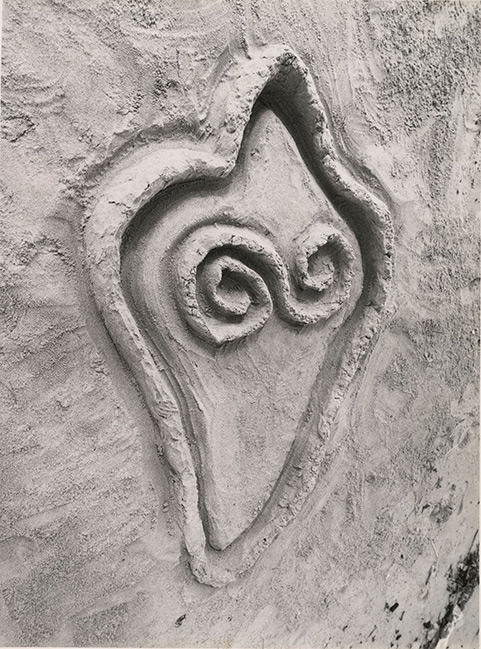 Land Marks, an exhibition of 19 works from the collection of The Metropolitan Museum of Art, surveys the ways in which artists have made marks on the earth, or created images from marks made by humans on it. In the late 1960s, with the emergence of Land Art, artists began making works that were bound inextricably to their sites. These “Earthworks” artists worked on location and used the earth itself as canvas or sculptural material; they created outdoor gestures in what were often far-flung corners of the world and were, in sweep, both anti-monumental and epic. Because their art evaded the traditional progression from cloistered studios to rarified galleries and museums, these artists were often dependent on photography and mass media to communicate the very existence of their work.

The dissolution of boundaries—between object and context, and among different media—was a hallmark of the countercultural ethos in art at the time in which many of the artists featured in the exhibition were working. This went hand in hand with the dawning ecological movement, which maintained that our future existence is directly dependent on how we use and interact with our natural environment in the present. While the Earthworks artists traced, imprinted, and gauged the terrain to suggest vast sweeps of time at the edges of human history and beyond, photographers of a more traditional bent studied traces of past activity for previous cycles of expansion, exploitation, and exhaustion of the environment. Their shared concern suggests that art may provide the best vantage point from which to comprehend fully the inextricably bound destinies of the planet and ourselves.