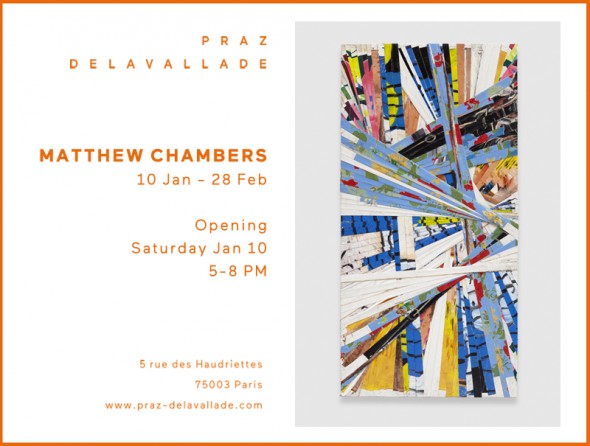 Praz-Delavallade presents its first exhibition with Matthew Chambers, who will show a series of nine paintings that are comprised of ripped portions of approximately fifty oil on canvas works created over the course of 2014.

Matthew Chambers’ studio oriented and painting-centric works began in 2008. By tearing and rearranging the strips of rejected paintings into new ones, his art is not only waste-free, but a culmination of all works leading to this moment.

Putting aside the entire year to work on these oil on canvas paintings, free from deadline and ignoring competition; 2014 marked a change in the ripped paintings for the artist, as he put effort to avoid destroying barely -compromised work. His labors emerged to produce these nine oil on canvas pieces to be displayed.