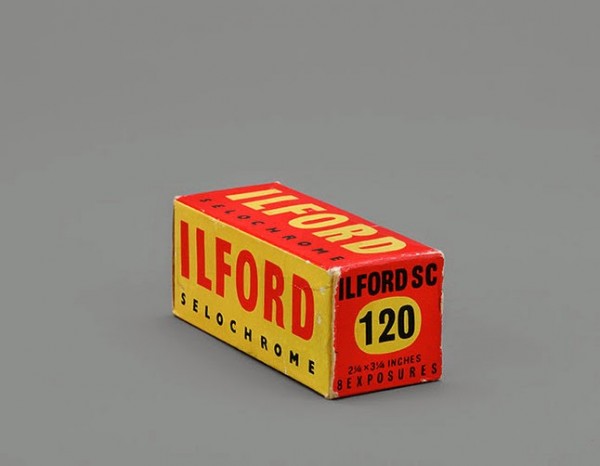 Morgan Fisher’s first solo film exhibition will be held at Maureen Paley in London from November 24, 2014 – January 25, 2015. Regarding his exhibition Fisher says: “My father taught me photography in 1955, when I was twelve years old. I made my first movies (they were conventional home movies) with a Brownie 8mm camera in 1956. I believed that photography and film as I found them in the 1950s would last forever. All of the works in this exhibition were made as photographs or films. I didn’t do this to sustain my belief, it was the way I wanted to do things, and they were easy and normal things to do. But in treating some of the works after their original production I have chosen to work digitally because it is simpler.”

Production Footage, shot on 16mm film in 1971, documents two kinds of movie cameras and the models of production they imply, both now obsolete, as is film itself, in principle. But true to its identity, the work is presented here as good ole’ fashioned projected film.

Red Boxing Gloves / Orange Kitchen Gloves was shot in 1980 in Polavision, an instant movie format that the videocassette made obsolete. The work is in the form of a pendant pair, a convention that arose in seventeenth-century Holland. Classically, one pair would show a husband, and the other his wife. In this case, the pendant pair consists of two complementary paintings. Two pairs of gloves express the same relation in figurative if conventional terms, and together the two figures make a larger whole. A few years ago, Fisher transferred the films to DVDs, which made them much simpler to show than as films.

The recent photographs of unused boxes of still film from the 1950s express the “pathos of how I thought about photography and film those many years ago,” said Fisher. “Most of the manufacturers have disappeared or have stopped making film. At the time these objects were made they carried the promise of future use. Now, their expiration dates long past, they are useless, at least with respect to their original purpose, their uselessness underlined by the fact that photography on film as an amateur practice is essentially extinct.”