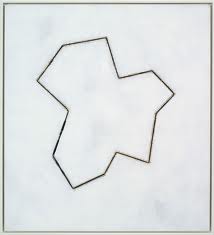 From May 18- June 22, 303 Gallery will be hosting their first exhibition with Richard Prince featuring new work he’s done since 1991 called “14 Paintings.”  Richard Prince is an American painter and photographer who first rose to fame thanks to his “rephotographs,” a series of photographs he took of other people’s photographs including Garry Gross’s photo of ten-year-old Brooke Shields, Alfred Stieglitz’s Spirtual America, and most notably, Untitled (Cowboy) a rephotograph of a Sam Abell cigarette advertisement that sold at Christie’s for more than one million dollars.  Prince has has exhibitions of his work at the Whitney, the San Francisco Museum of  Modern Art, and a retrospective at the Guggenheim Museum.  Prince also started a mini-museum, Second House, in upstate New York that was purchased by the Guggenheim, but burned down shortly after.  Prince’s new collection of paintings builds off of his Nurse and Check series, which were inspired by the covers of pulp romance novels and canceled checks from celebrities, respectfully.  His Nurse paintings were also the inspiration for the Spring 2008 collection from Louis Vuitton, which Prince collaborated on with Marc Jacobs.