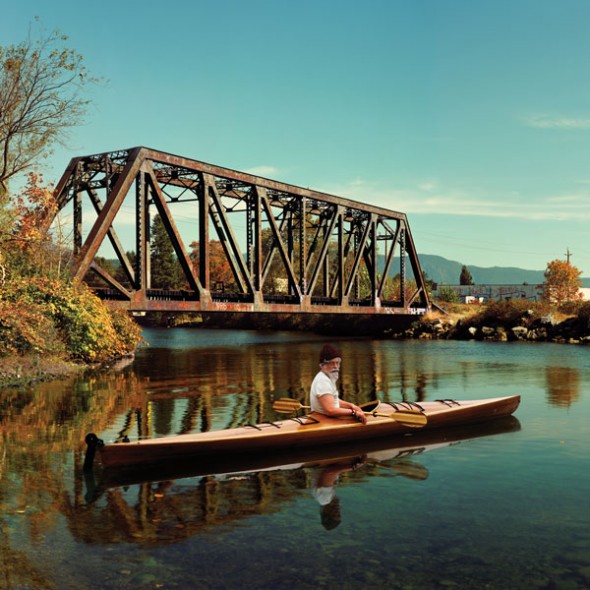 303 Gallery is pleased to present our 7th exhibition of the work of Rodney Graham, and our inaugural exhibition in the gallery’s new home at 507 West 24th Street, designed by studioMDA with Murdock Solon Architects.

Graham continues his focus on allegorical self-portraiture, inserting himself into variously arcane, humorous, and pathos-ridden scenarios. In “Cactus Fan,” Graham imagines himself as the title character of Carl Spitzweg’s painting “The Cactus Enthusiast.” In the original, a scholar in his study examines a cactus that appears to be peering back at him. In Graham’s version, the artist plays a science professor, staring at a cactus with balloons and colored foil attached to it, obviously a birthday or graduation gift he is not particularly excited to receive. The format mimics the Spitzweg original, though the tranquil serenity is upended by the gaudy technicolor features of the cactus and its accoutrements. Graham’s buttoned-up professor, arms crossed and starched full-length lab coat in tow, seems to have a moment of disgust with the cactus and all it signifies, as if this limp, potted cactus with balloons represents not only his birthday, but the ridiculous culmination of his life up to this point. The wonderment of Spitzweg’s original protagonist, his delight animating nature itself, has been replaced by the stark, cold reality of a middling career and the blighted hope of the unfulfilled.

In “Paddler, Mouth of the Seymour,” another lightbox photograph based on a 19th century painting, Graham stars as Max Schmitt in Thomas Eakins’ “The Champion Single Sculls (Max Schmitt in a Single Scull).” Graham’s boating environment is altogether less idyllic than Eakins’ was, as the entropy of time has ravaged most of the joy from the boating excursion, leaving a solitary Graham to interact with a rusty modernist bridge to an industrial park in place of the rolling hills and boating compatriots of the original painting. Graham himself appears a bit weathered and nonplussed, going through the motions for the sake of the picture. In “The Drywaller,” Graham stands lackadaisically on stilts, taking a smoke break, with a nod to Abstract Expressionism in the patterns of the primed wall before being coated. “Old Punk on Pay Phone” uses a similar trope, as graffiti creates a kind of color field painting behind the subject. In each of these character-driven scenarios, there is a feeling of dissatisfaction converging in a quiet moment of self-reflection – the artist takes a break, the professor stares listlessly at a gift, the paddler has a breath before embarkation. Each character is at a point past his prime, left to revel in the remnants of his former aspirations. The overarching theme, though, is one of acceptance, as there is always hope to be bestowed on each protagonist: life goes on.

Rodney Graham will present “Torqued Chandelier Release” as a solo exhibition at the Art Institute of Chicago from March 8 – June 21, 2013. He has been selected to participate in the 2013 Carnegie International in Pittsburgh and has had recent solo exhibitions at the Museum of Contemporary Art, Barcelona; Kunstmuseum, Basel; Hamburger Kunsthalle; Jeu de Paume, Paris; Sprengel Museum, Hannover (where he was the recipient of the Kurt Schwitters Prize), and the BAWAG Foundation in Vienna, Austria. Recent group exhibitions include Under Influences, La Maison Rouge, Paris; Traffic: Conceptual Art in Canada 1965-1980, Vancouver Art Gallery; Imagine the Imaginary, Palais de Tokyo, Paris, FR and 101 Collection: Route 3, CCA Wattis Institute, San Francisco. Graham lives and works in Vancouver.