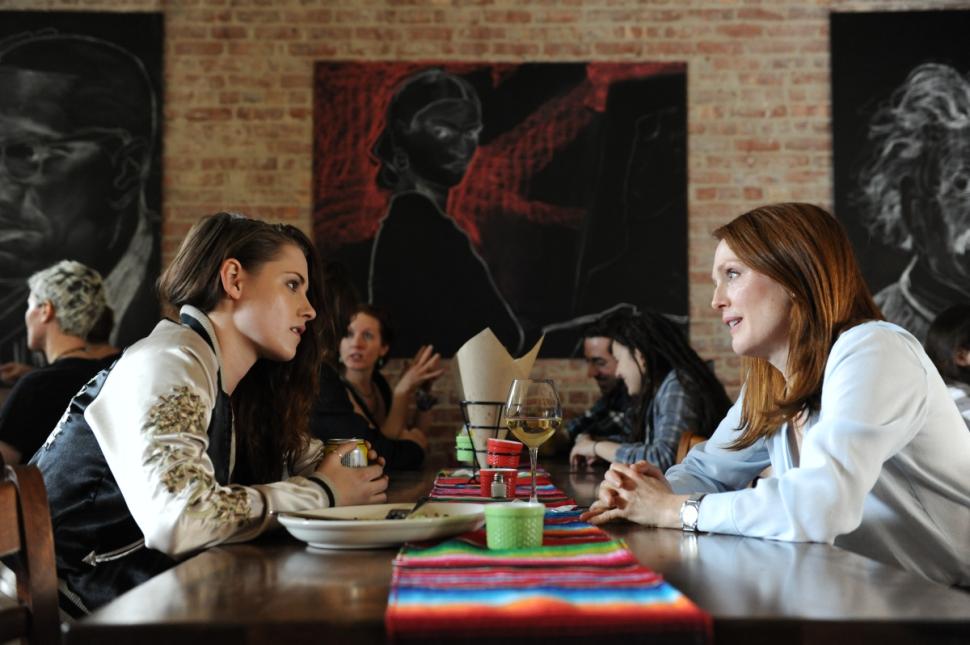 “I wish I had cancer.” How’s that for a salvo? If it throws you for a loop, it won’t take long before your mind begins to wonder, “What fresh hell could be more harrowing than that?” The answer, both in life and in Still Alice, is a slow and steady deterioration of the brain, the onset of a disease so all-consuming it robs one’s memories like crucial files from a PC. Alzheimer’s represents the sadness of seeing a loved one while simultaneously knowing there might come a day when you cannot reconcile who that person is, or how she came into your life. And that is really just the start of it.

Perhaps the reason Alzheimer’s has eluded mainstream Hollywood for so long is that, as a subject, the condition is: A) depressing, B) difficult to market, and C) nearly impossible to gain access to via the perspective of any late-stage sufferer. The Notebook touched upon Alzheimer’s, albeit in an ancillary way. Away From Her portrayed the condition to an almost-paralyzing degree, which might explain why it grossed a little under $5 million at the box office. And, of course, there have been others, a loose-knit canon of them. Yet most approached the disorder as if it were a byproduct of their drama.

The potential for an effective, character-driven movie about Alzheimer’s increased exponentially following the release of Lisa Genova’s 2007 best-seller, Still Alice – a debut novel, written and conceived by a Harvard-educated neuroscientist whose grandmother had previously suffered from the disease.

After watching Richard Glatzer’s adaptation of that novel, it becomes apparent just how completely any screenplay might’ve failed had it not been for Julianne Moore. Moore’s contribution to Still Alice is astounding in the same way – and for the same reason – that Tom Hanks’ contribution was astounding throughout Philadelphia. Simply put, this movie does not happen without Moore. That is not a knock on Alec Baldwin, whose performance remains strong (if not sedate), nor is it a knock on Kristen Stewart, who does her under-biting best. It is simply to say that Julianne Moore elevates the tension to an art form, a place beyond what’s on the page.

Moore has never won an Oscar, this despite five Academy Award nominations and perhaps a deeper range than any actress in America. Consider a third of Moore’s ongoing resume: Dr. Eastman (The Fugitive), Amber Waves (Boogie Nights), Maude Lebowski (The Big Lebowski), Linda Partridge (Magnolia), Clarice Starling (Hannibal), Wavey Prowse (The Shipping News), Cathy Whitaker (Far From Heaven), Laura Brown (The Hours), Julian (Children of Men), Alice Fabian (I’m Not There), Charley (A Single Man), Jules (The Kids Are Alright), Sarah Palin (Game Change), Jody Flynn (Being Flynn), and Susanna (What Maisie Knew), each of them leading up to Moore’s coup de grace in Still Alice, a lead performance so nuanced Moore strips away a separate layer in every scene.

Toward the end of Blue Nights, celebrated author Joan Didion experiences a breakthrough, coming to understand that the essential root of her anxiety – that is to say, the true impetus of her mourning – stems not so much from losing her daughter as it does from being forced not to remember. Herein lies the pain that Julianne Moore taps into so effectively throughout Alice, evoking a level of empathy that causes one to question his mortality. Moore’s is a role for the ages, in a film that fills the void so often vacated inside Hollywood. Assuming Julianne Moore does win the Oscar – and there is no reason to assume that she will not – it will represent a major blow for awareness in the clinical struggle against a disease that’s stymied far too many for far too long.