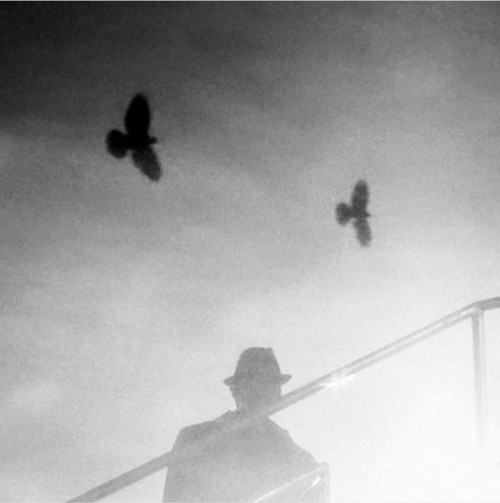 In 1936, an American ornithologist named James Bond published the definitive taxonomy, Birds of the West Indies. Ian Fleming, an active bird-watcher living in Jamaica, appropriated the name for his novel’s lead character. He found it “flat and colourless,” a fitting choice for a character intended to be “anonymous. . . a blunt instrument in the hands of the government.” This co-opting of a name was the first in a series of substitutions and replacements that would become central to the construction of the Bond narrative. Conflating Bond the ornithologist with 007, Taryn Simon uses the title and format of the ornithologist’s taxonomy for her work, Birds of the West Indies (2013–2014).

In Birds of the West Indies, 2014, Simon casts herself as James Bond (1900–1989) the ornithologist, and identifies, photographs, and classifies all the birds that appear within the twenty-four films of the James Bond franchise. The appearance of many of the birds was unplanned and virtually undetected, operating as background noise for whatever set they happened to fly into. Simon ventured through every scene to discover those moments of chance.  The result is a taxonomy not unlike the original Birds of the West Indies. The artist has trained her eye away from the agents of seduction—glamour, luxury, power, violence, sex—to look only in the margins. She forces the viewer’s gaze off center, against the intentions of the franchise, by focusing on the forgotten, insignificant, and overlooked.

Each bird is classified by the time code of its appearance, its location, and the year in which it flew. The taxonomy is organized by country: some locations correspond to nations we acknowledge on our maps, including Switzerland, Afghanistan, and North Korea, while others exist solely in the fictionalized rendering of James Bond’s missions, including Republic of Isthmus, San Monique, and SPECTRE Island.

Simon’s ornithological discoveries occupy a liminal space—confined within the fiction of the James Bond universe and yet wholly separate from it. The birds flew freely in the background of the background, unnoticed or unrecognized until they were catalogued by Simon. Sometimes indecipherable specks hovering in the sky or perched on a building, these birds will never know, nor care, about their fame. In their new static form, the birds often resemble dust on a negative, a once common imperfection that has disappeared in the age of Photoshop. Other times, they are frozen in compositions reminiscent of genres from photographic history. Some appear as perfected and constructed still lifes while others have a snapshot quality. Many appear in an obscured, low-resolution form, as if they had been photographed by surveillance drones or hidden cameras. These visual variations are also affected by feature film’s evolution from 35 mm to high-resolution di gital output.

Simon’s taxonomy of 331 birds is a precise consideration of a new nature found in an alternate reality. Bird study skins, correspondence, awards, and personal effects of James Bond the ornithologist have been collected by Simon and are displayed in vitrines alongside the photographic works. These artifacts present remnants of the real-life James Bond in his parallel existence to the fictional spy who took his name.

The James Bond film franchise relies upon an ageless, Western male hero with an inexhaustible supply of state-of-the-art weaponry, luxury vehicles, and desirable women.  This illusion requires a constant process of replacements. A contract exists between the franchise and the viewer that binds both to a set of expectations. In servicing the desires of the consumer, fantasy becomes formula, and repetition is required; viewers demand something new, but only if it remains essentially the same