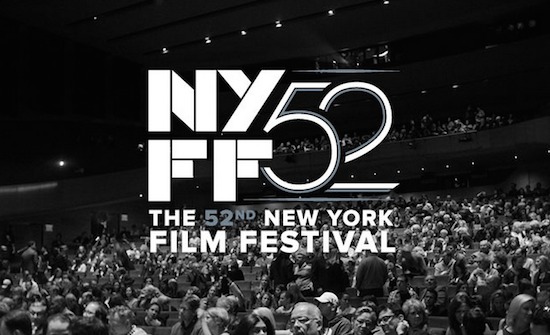 From September 26th, 2014 through October 12th, 2014, New York will hold its 52nd annual Film Festival at Lincoln Center. The festival will open with the world premiere of David Fincher’s (Fight Club, Girl With the Dragon Tattoo) highly anticipated adaptation of Gillian Flynn’s thriller novel, Gone Girl. Fincher is no stranger to literary adaptations, so it’ll be interesting to see how he’ll take Flynn’s best-selling novel about marriage, murder, and unreliable narrators, to the screen. The film stars Ben Affleck as Nick Dunne, the extremely unreliable protagonist who may have murdered his wife.

In addition to the premiere of Gone Girl, there will also be a surprise screening during the film’s opening weekend, on Sunday evening, September 28th at Alice Tully Hall. In previous years, Martin Scorcese’s Hugo and Steven Spielberg’s Lincoln have been “surprise screenings,” so this is highly anticipated.

Concurrent with the festival, The Film Society will also host a slew of events, including a retrospective celebrating the great American director, Joseph L. Mankiewicz. During the first two weeks of October, you’ll be able to watch a number of Mankiewicz’s most notable films, including A Letter To Three Wives (1949), All About Eve (1950), and Guys and Dolls (1955). For more information about the Mankiewicz retrospective, click here.

For more information or to purchase tickets, click here.

See the teaser trailer of the all the films to be shown at NYFF 2014 below:

METROPOLITAN MUSEUM OF ART EXHIBITION OF PHOTOGRAPHS BY THOMAS STRUTH