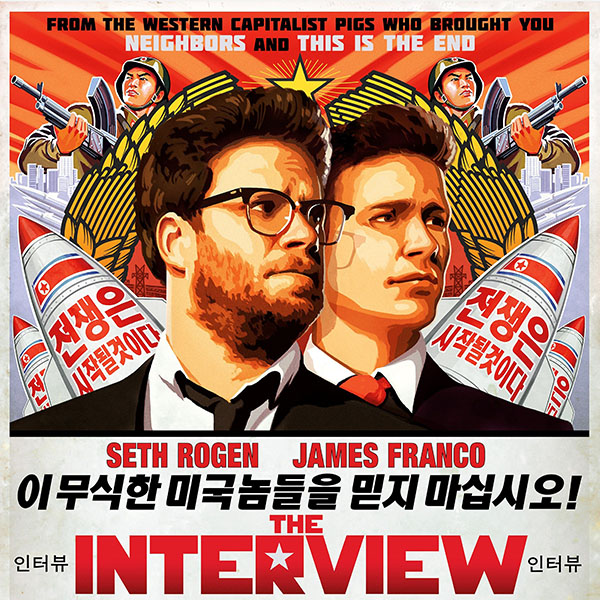 “The Interview” has been getting publicity that it would never have dreamed of. Of course, the reason it’s on everyone’s newsfeed is because the planned December 25th release has been cancelled, so the publicity will not translate into revenue. Perhaps there is such a thing as bad publicity after all.

The movie was in the news earlier because of its part in the Sony leak scandal, which started on November 24th. Sony, the studio producing “The Interview,” was the target of an unprecedented hack which stole company-wide sensitive information and leaked it online. Some of this information was particularly damaging to certain Hollywood relationships. Executives at Sony came under fire for leaked emails which contained racist remarks about not casting Denzel Washington in a movie because “black leads don’t play well.” Angelina Jolie had media outlets swarming because there was a comment in one of the leaked documents that she was “untalented,” and a “spoiled brat.” But the story here is not that Sony was being rude to Hollywood actors and actresses. There are issues involving freedom of speech, foreign relations, and cyber warfare. 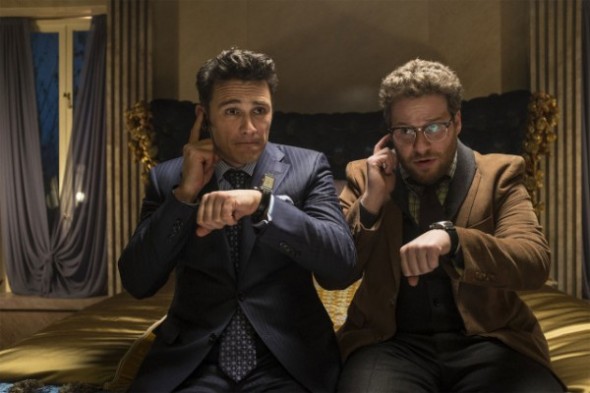 Further research revealed that the hack came from North Korea, ostensibly under the auspices of the North Korean government. This makes more sense than it coming from, say, Somalia, because “The Interview” is, after all, about the assassination of North Korea’s current head of state, Kim Jong Un (who is still very much alive.) But to threaten to carry out an act of terror to prevent the release of a comedy film is taking it pretty far, even for North Korea. The threat included the admonition: “remember the 11th of September 2001.” and threatened to attack “the very time and places ‘The Interview’ be shown.” What makes the threat even scarier is that it was actually effectual.

On Tuesday, after the threats were made, several parties had to come together to make the decision of whether or not the release “The Interview” as scheduled. In the meeting between Sony executives, the National Association of Theater Owners, and agents from the FBI and CIA, the decision, as insiders report, largely fell to the Theaters. In a position like that, the theater owners didn’t want to risk being held responsible if the threats did produce an act of terror. Regal Entertainment, Cinemark, and Carmike Cinemas made the initial decision to cancel the release, with AMC Theaters, citing a need for customers to “plan their holiday moviegoing with certainty and confidence,”  following suit. After the Colorado theater shooting of July 2oth last year, theaters owners are extra careful to prevent acts of violence in their theaters. In the Colorado case, Cinemark theaters used, in part, the defense that they could not have forseen the tragedy, and so were not liable for the deaths and injuries of the victims. With the clear threats towards “The Interview” release, the same defense would not be possible. 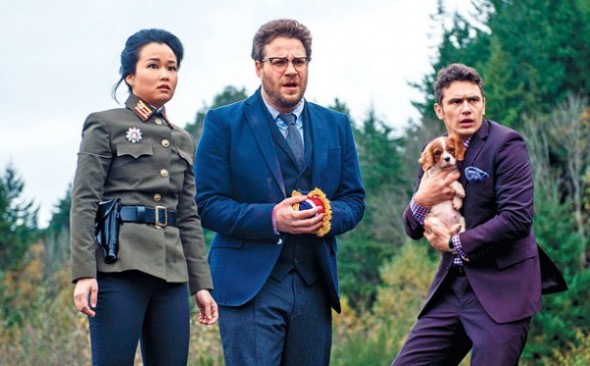 Later on in the day, Sony announced its cancellation of the release. People are quick to place blame on all sides. Sony has had a tough time with “The Interview,” losing $44 million in production costs, and another $34 million in promoting it, on top of all the data loss from the cyber attacks. But their lines of sympathy have been dropped, on the one side by resolutely pushing the movie forward, despite criticism that it was not in the best interest of foreign policy (wouldn’t we also feel threatened if North Korea released a film about the assassination of Obama?), and then waiting until they could place the blame on someone else before they eventually decided to drop the film: their press release states that their cancellation was “in light of the decision by the majority of our exhibitors not to show the film The Interview.”

If “The Interview” ever does get released, people are going to want to see it, if only to say they saw the movie that provoked North Korea into making terrorist threats towards its release. As far as the few who have seen it, their reaction has been “This is the movie that all this fuss if over?” It’s rather goofy for being the face of all that has happened.

Yet it is also being taken very seriously as an attack against the United States, “I think it says something about North Korea that they decided to have the state mount an all-out assault on a movie studio because of a satirical movie,” Obama stated.  “’We cannot have a society in which some dictator someplace can start imposing censorship here in the United States.” President Obama has responded to the situation by stating that he felt Sony made a mistake by cancelling the release, “I wish they had spoken to me first. I would have told them, ‘Do not get into a pattern in which you’re intimidated by these kinds of criminal attacks.’ ”

Jeh C. Johnson, the secretary of the Department of Homeland Security, stated, “The cyberattack against Sony Pictures Entertainment was not just an attack against a company and its employees, it was also an attack on our freedom of expression and way of life.”  As the situation escalates, Obama has made it clear that the United States will be taking action against the attacks, and “will respond proportionally… in a place and time and manner that we choose.”

*Update:  On December 23rd, it was announced The Interview will play in theaters willing to show the film on Christmas Day. A few independent theaters organized a petition to let the film play in their theaters on its intended release date of December 25th. The director of Art House Convergence, a coalition of 250 independent movie theaters, posted an open letter to Sony’s chief executives, offering to screen The Interview as either a special free, one-off screening, or as part of the regular programming. Sony has continued to support the film through its difficulties, and they ultimately decided to allow the select art houses to release the film as part of their regular programming. Normally, this kind of screw-ball comedy receive this kind of exclusive, art house release, but the controversy surrounding it proved to generate ample publicity to draw in crowds of people, many from miles away, to the select theaters.

The Interview was also released on Youtube and GooglePlay for $5.99, and it is topping the sales for both online venues. It has also been illegally downloaded more than 750,000 times.

North Korea is now blaming Obama for allowing the film’s release and using racial slurs to insult him: An unidentified spokesman of the North Korean defense commission’s Policy Department stated, “Obama always goes reckless in words and deeds like a monkey in a tropical forest.” This statement was carried by the country’s official Korean Central News Agency. It is true that Obama has been supportive of the film’s release, not as an insult to North Korea, but rather as its right to exist under the First Amendment.

In a blame game tactic, the North Korean defense commission has accused Washington for intermittent outages of North Korean websites this past week, saying that along with the release of The Interview, these alleged attacks are the result of a hostile U.S. policy toward North Korea, and they have threatened the U.S. with unspecified consequences. Hopefully the situation won’t escalate so far as to resemble anything like the end of The Interview.

Watch the trailer for the movie below or click HERE to watch the entire movie online.