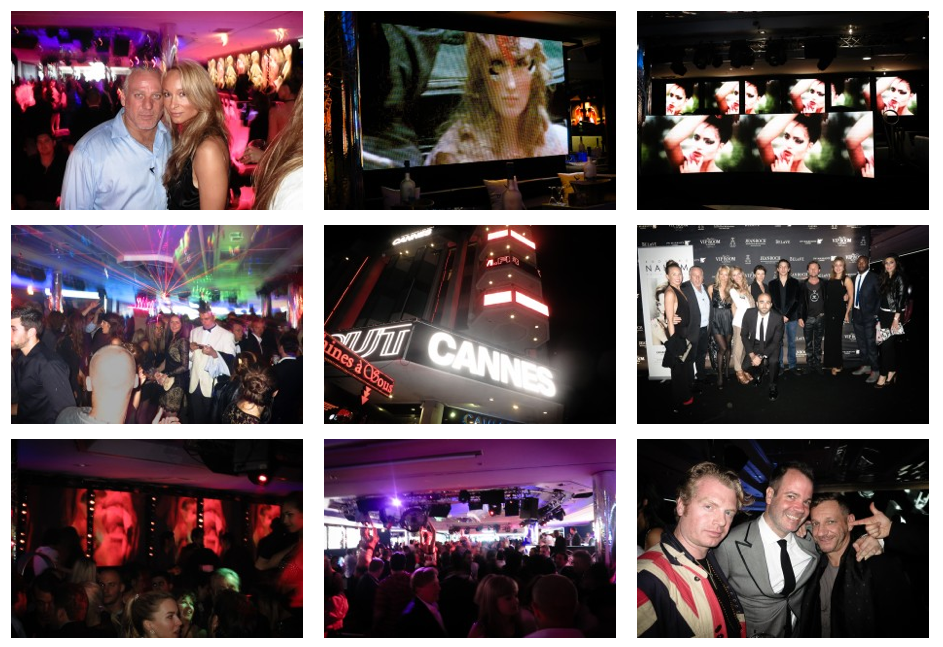 THE UNTITLED MAGAZINE & THE DOUBLE SEVEN AT CANNES FILM FESTIVAL 2012

On May 21st, 2012 The Untitled Magazine in collaboration with The Double Seven of New York City celebrated Cannes Film Festival with a blow-out event at The legendary VIP Rooms at 50 Boulevard de la Croisette in Cannes, France. During the festival the VIP Rooms are one of the most sought after venues, with back-to-back events lined up including special events and concert performances by P Diddy, Ronnie Woods and Cyndi Lauper.  Mark Baker and Jeffrey Jah of The Double Seven teamed up with Indira Cesarine of The Untitled Magazine for the event on the 21st, which featured fashion films from the magazine lighting up the video screens of the venue with an installation of dozens of simultaneous projections while DJ Ruckus spinned the decks. Starting at midnight, the party went on late into the night…  Video installation curated by Indira Cesarine.

Fashion Films in the video installation by The Untitled Magazine at the event included:

Let’s Get Lost by Jordan Doner

Hope And Fate by Monika Elkelv

The Seduction by Indira Cesarine

Next Door by Diane le Quesna

The Crush by Indira Cesarine

The Kiss by Indira Cesarine